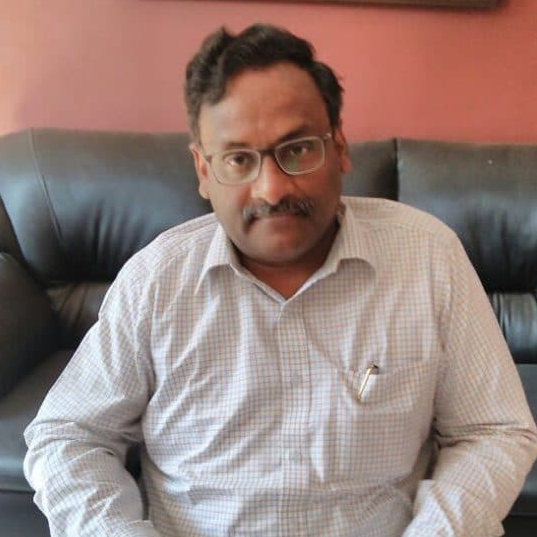 Saibaba is former professor of English Literature at Delhi University. At the time of his incarceration, he was the Deputy Secretary of the Revolutionary Democratic Front (RDF), a federation of mass organizations in India, including organizations of workers, peasants, youth, students, women, and revolutionary cultural groups. In this position, Saibaba regularly spoke out about human rights abuses against indigenous Adivasi people in the mineral rich belt of central India. He also mobilized communities against a major military offensive that the Indian government initiated in 2009 against the Adivasi that continues today.

Saibaba was arrested on May 9, 2014 during a police raid on his home and charged with terrorism-related crimes under the Unlawful Activities Prevention Act. The government accused Saibaba of collaborating with banned Maoist insurgent groups.

The following year, in March 2017, Saibaba and his co-defendants were convicted of the charges against them. Their convictions occurred despite several irregularities in the trial, including key witnesses recanting their testimonies. Saibaba was taken back into custody and remains in prison today, despite several appeals for release on humanitarian grounds.

In February 2021, Saibaba contracted COVID-19. Freedom Now and Dechert LLP sent an allegation letter to the UN Special Rapporteur on Health asking for them to intervene on his behalf.