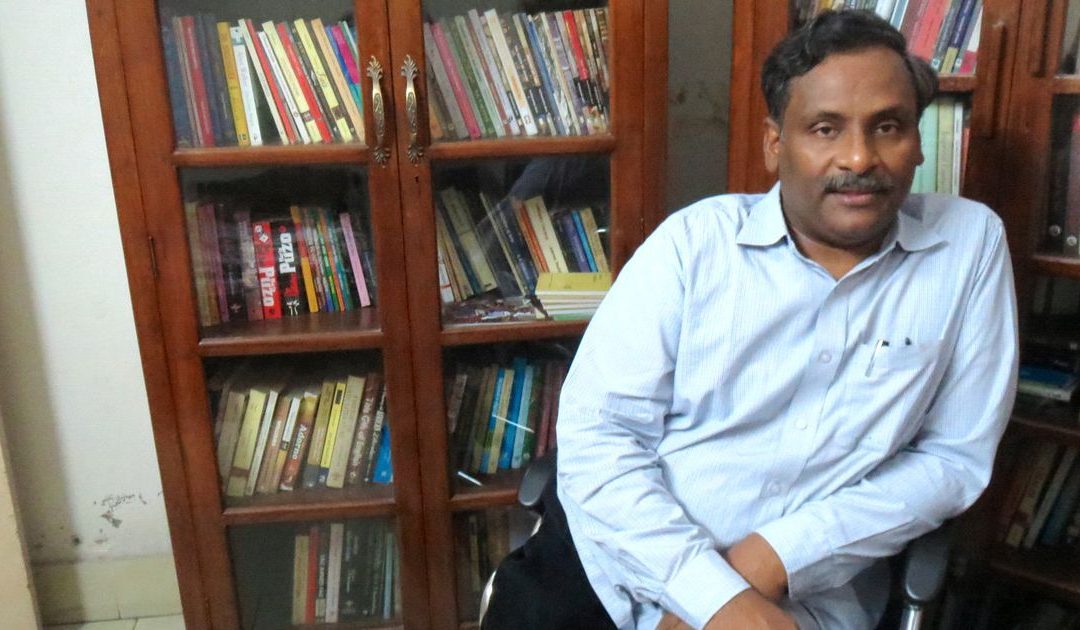 Washington, D.C. – The United Nations Working Group on Arbitrary Detention has found the Government of India violated international human rights law by imprisoning academic and human rights activist G.N. Saibaba. Responding to a legal petition filed by Freedom Now and Dechert LLP, the UN concluded that Saibaba “was targeted because of his peaceful activities, including voicing out against Government violence against Adivasi and Dalit people and against the alleged killing of civilians by paramilitary troops.”

“We welcome the decision by the Working Group,” said Freedom Now Legal Officer Adam Lhedmat. “The wrongful detention of Professor Saibaba is yet another instance in which the Indian government has stifled freedom of expression through the misapplication of its anti-terrorism laws. Moreover, the consistent disregard for Professor Saibaba’s serious health conditions have endangered his life. We call on the Indian government to comply with the United Nations and immediately and unconditionally release Professor Saibaba.”

G.N. Saibaba is former professor of English Literature at Delhi University. At the time of his incarceration, he was the Deputy Secretary of the Revolutionary Democratic Front, a federation comprised of workers, peasants, youth, students, women, and cultural groups. In this position, Saibaba regularly spoke out about human rights abuses against indigenous Adivasi people in the mineral rich belt of central India. He also mobilized communities against a major military offensive that the Indian government initiated in 2009 against the Adivasi that continues today.

Saibaba was arrested on May 9, 2014 during a police raid on his home and charged with terrorism-related crimes under the Unlawful Activities Prevention Act. The government accused him of collaborating with banned Maoist insurgent groups.

The following year, in March 2017, Saibaba was convicted of the charges against them and sentenced to life in prison. His conviction occurred despite several irregularities in the trial, including key witnesses recanting their testimonies.

India’s handling of Saibaba’s case has attracted considerable international censure. Four UN Special Rapporteurs raised concerns about his health in April 2019 and asked the government to take immediate action to ensure his health and safety. In June 2020, nearly 100 fellow academics raised concerns about Saibaba’s condition in the midst of the COVID-19 pandemic and called for his immediate release.

The Indian government has consistently ignored and rejected appeals and petitions demanding that Saibaba be provided with medical care appropriate to his ailments or that he be allowed medical bail to seek treatment. In a particularly cruel, arbitrary, and unnecessary act, the government refused to grant his request to visit his mother on her deathbed. She died in 2020, unable to see her son as per her last wishes. Saibaba contracted COVID-19 in February 2021, an extremely dangerous disease given his ongoing health conditions.