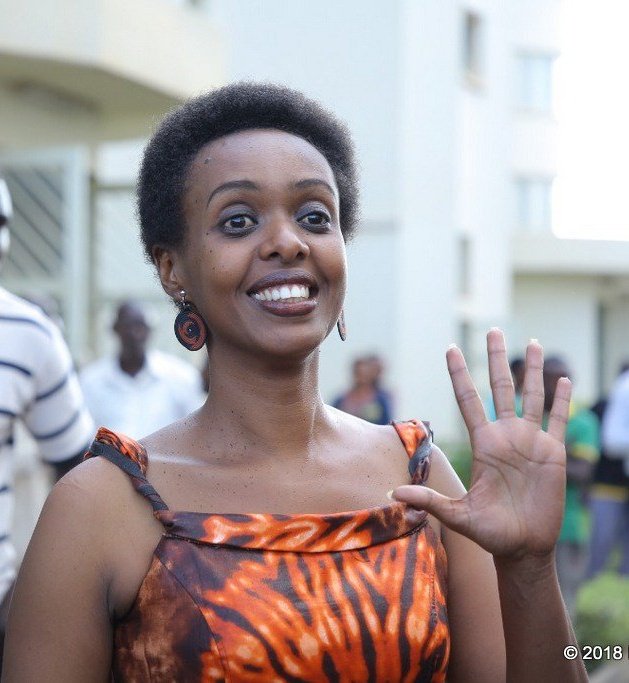 Diane Rwigara is a Rwandan businesswoman and former presidential candidate who was charged, along with her mother Adeline, with a variety of alleged national security offenses. The two women spent more than a year arbitrarily detained.

Prior to her career as an activist, Diane worked as an accountant. She is the daughter of Assinapol Rwigara, a key financial supporter of the Rwandan Patriotic Front. However, in 2007, he was targeted for arrest for allegedly plotting a coup. He avoided arrest but died in a car accident in 2015. The Rwigaras petitioned President Paul Kagame to investigate the death, but he refused. Diane distanced herself from the Rwandan Patriotic Front after her father died, claiming he was assassinated.

In May 2017, Diane Rwigara announced that she would run in the upcoming presidential election against President Kagame. Within 72 hours of this announcement alleged nude photos of Diane were posted on social media. The National Electoral Commission subsequently barred Diane from participating in the election, ruling that hundreds of signatures she submitted to validate her candidacy were forged. Within this same time period, the Rwandan Revenue Authority notified the Rwigara family that they owed $6.7 million in taxes. As a result, the government closed the family business and froze their bank accounts.

After her failed presidential bid, Diane started the People’s Salvation Movement to challenge the regime’s human rights record. In particular, she spoke out about suspicious murders of government critics.

On August 29, 2017, Diane, her mother Adeline and her sister Anne were detained under house arrest in a violent incident in which the police ransacked the Rwigara house and badly injured Adeline’s leg. No warrant was presented. For three days the Rwigaras were held in handcuffs at their house and for three weeks the police prevented them from accessing an attorney. On September 23, 2017 the police formally arrested Diane, Anne and Adeline. The three women were held incommunicado for a month. When they were finally brought before a judge for their habeas corpus hearing on October 23, 2017, Anne, who is a US citizen, was released but Diane and Adeline were ordered to remain in pre-trial detention.

The Rwigaras were not given full access to the prosecution’s evidence against them, though some of the evidence presented against Diane at trial were the non-violent statements she made criticizing the government’s human rights record. Since the Rwigaras have been in prison there have been allegations of torture, denial of medical care, and prevention of family visits.

On September 21, 2018, Freedom Now and Dechert LLP filed a petition with the UN Working Group on Arbitrary Detention on behalf of Diane and Adeline. The Working Group determined in June 2019 that Rwanda had violated international law and called for the release of both women.

Diane and Adeline were granted provisional release on October 5, 2018.

On November 30, 2018, Rep. Suzanne Bonamici (D-OR) delivered a speech on the floor of the U.S. House of Representatives in support of Diane.

Diane and Adeline were acquitted of all charges and released on December 6, 2018.