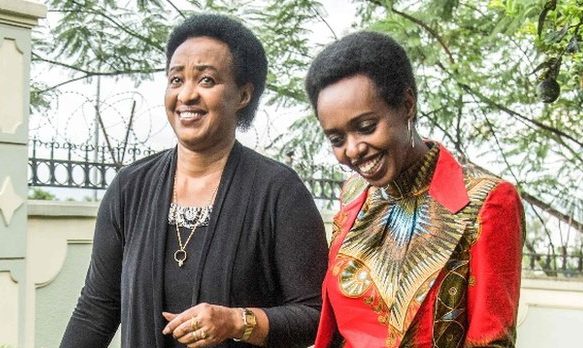 Washington, D.C. – Freedom Now welcomes today’s decision by the Rwandan High Court to acquit Diane and Adeline Rwigara of all charges against them. The two women had been arbitrarily detained between September 2017 and October 2018 on politically motivated charges and faced up to 22 years in prison, if convicted.

“We are greatly relieved that Diane and Adeline were acquitted of all charges. It is our hope that this decision signals greater adherence to the rule of law by Rwanda’s judiciary,” said Freedom Now’s Legal Director Kate Barth. “But we are reminded that Diane and Adeline are not the only victims of President Paul Kagame’s crackdown on the independent voices who dare to critique his government.  Many others remain imprisoned on specious charges, including former military officers Tom Byabagamba, Frank Rusagara, and François Kabayiza. While the acquittal of Diane and Adeline is a promising development, if Rwanda wishes to demonstrate its commitment to human rights it must free all prisoners of conscience in the country and ensure that neither they nor their families face harassment or reprisals.”

In May 2017, Diane Rwigara announced that she would run in the upcoming presidential election against President Kagame. Within 72 hours of this announcement alleged nude photos of Diane were posted on social media. The National Electoral Commission subsequently barred Diane from participating in the election, ruling that the hundreds of signatures she submitted to validate her candidacy were forged. Within this same time period, the Rwandan Revenue Authority notified the Rwigara family that they owed $6.7 million in taxes. As a result, the government closed the family business and froze their bank accounts.

After her failed presidential bid, Diane started the People’s Salvation Movement to challenge the regime’s human rights record. In particular, she spoke out about suspicious murders of government critics.

On August 29, 2017, Diane, her mother Adeline and her sister Anne were detained under house arrest in a violent incident in which the police ransacked the Rwigara house and badly injured Adeline’s leg. No warrant was presented. For three days the Rwigaras were held in handcuffs at their house and for three weeks the police prevented them from accessing an attorney. On September 23, 2017 the police formally arrested Diane, Anne and Adeline. The three women were held incommunicado for a month. When they were finally brought before a judge for their habeas corpus hearing on October 23, 2017, Anne, who is a US citizen, was released but Diane and Adeline were ordered to remain in pre-trial detention.

The Rwigaras were not given full access to the prosecution’s evidence against them, though some of the evidence presented against Diane at trial were the non-violent statements she made criticizing the government’s human rights record. Since the Rwigaras has been in prison there have been allegations of torture, denial of medical care, and prevention of family visits.

On September 21, 2018, Freedom Now and Dechert LLP filed a petition with the UN Working Group on Arbitrary Detention on behalf of Diane and Adeline.

The international community has criticized the charges brought against Diane and Adeline. In recent weeks, several members of the U.S. Congress have called for the charges to be dropped. On November 30, 2018, Rep. Suzanne Bonamici (D-OR) made a speech on the floor of the House of Representatives in support of Diane.