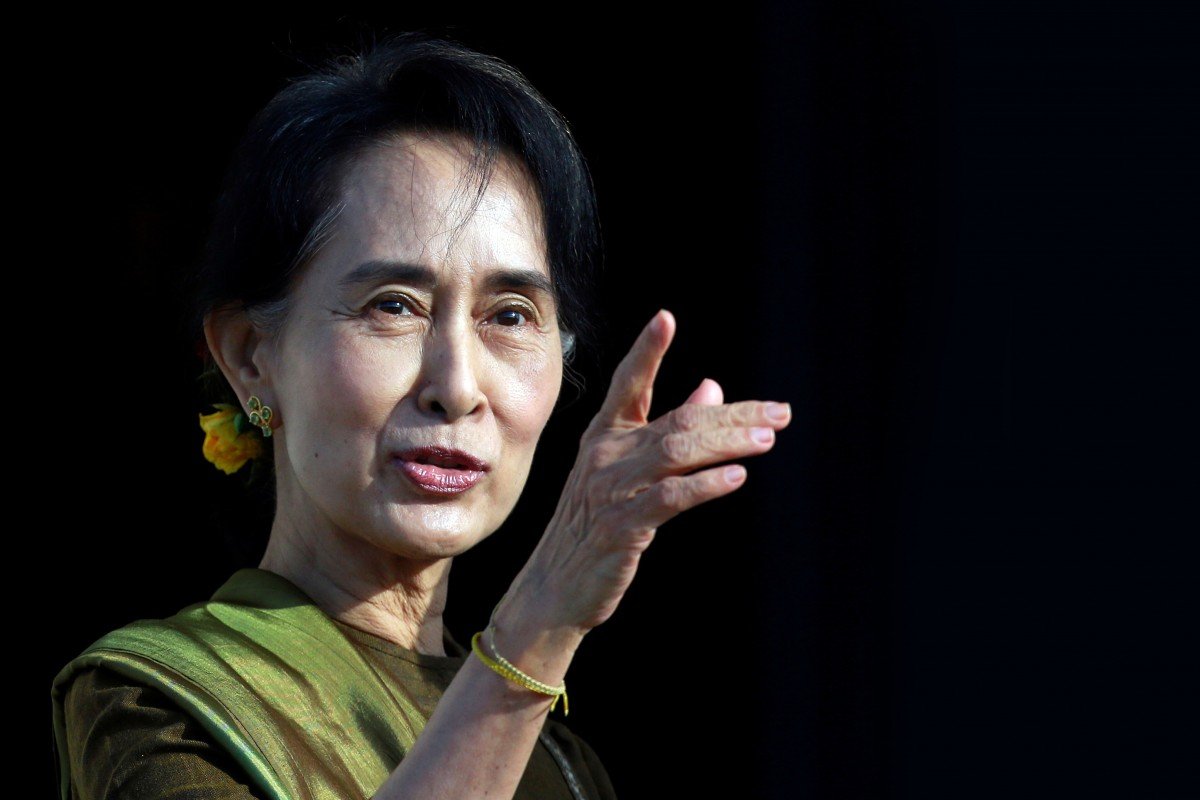 Aung San Suu Kyi is the General Secretary of Myanmar’s National League for Democracy (NLD) and a Nobel Peace Prize Laureate. As the face of the pro-democracy movement in Myanmar, Suu Kyi embodies the peaceful struggle of the Myanmar people to speak out against the military autocracy. She was illegally detained by the Myanmar junta for nearly 15 years.

During the 1988 protests against the military government, Suu Kyi gave numerous speeches calling for freedom and democracy in Myanmar. On July 20, 1989, the junta placed Suu Kyi under house arrest, without charge or trial. In 1990, the NLD and its allies won more than 80 percent of the seats in parliament; in what was Myanmar’s last and only democratic election. The military junta, however, never recognized the results. Suu Kyi, who would have been the leader of the rightfully elected government, remained under house arrest. She was released after nearly six years of arbitrary detention on July 10, 1995. Suu Kyi continued her outspoken opposition to the military junta’s practices and was again detained under illegal house arrest from 2000 to 2002.

Suu Kyi’s latest series of illegal detentions by the Myanmar junta began in May 2003. Suu Kyi launched a 95-township tour to promote the activities of the NLD after her release from house arrest in May 2002. However, on May 30, 2003, her convoy was attacked by the junta-created Union Solidarity Development Association in an apparent assassination attempt. Over 70 of her supporters were murdered during the attempt. Suu Kyi was then placed into “protective custody” by the junta. This alleged protective custody was executed under Myanmar’s draconian State Protection Law and illegally applied to Suu Kyi.

Freedom Now filed petitions with the UN Working Group on Arbitrary Detention on behalf of Suu Kyi in June 2006, June 2008, August 2009, and February 2010. The Working Group released opinions in August 2007, March 2009, and June 2010. Each found violations of international law and called for Suu Kyi’s immediate release.

On August 11, 2009, three months after she was due to be freed from her illegal house arrest of six years, Suu Kyi was sentenced to three years in prison, which was then commuted to 18 months of house arrest. According to the junta, this extension was justified by Suu Kyi’s alleged violation of the terms of her house arrest when American John Yettaw swam onto her property uninvited. Freedom Now published a legal memorandum that found this extension was illegal.

On November 13, 2010, the Myanmar junta released Suu Kyi from her illegal house arrest. In April 2016, Suu Kyi was appointed State Counsellor, a position that made her the de facto head of government, equivalent to a prime minister.