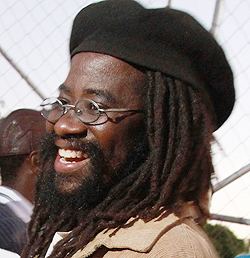 Munyaradzi Gwisai, a former Movement for Democratic Change (MDC) parliamentarian, is a law lecturer at the University of Zimbabwe and coordinator of the Zimbabwean chapter of the International Socialist Organisation. On February 19, 2011, he and 44 others were arrested at a gathering at Cross Roads House in Harare, Zimbabwe. Gwisai had arranged a seminar entitled “Revolt in Egypt and Tunisia. What lessons can be learnt by Zimbabwe and Africa.” The assembled group viewed videos of the recent non-violent demonstrations and discussed the implications for their own situation. In the midst of the discussion, Zimbabwe police conducted a raid and immediately took all of them into custody. On March 17, 2011, Gwisai was released on bail.

Based on their participation in this single gathering, the detainees were arrested and charged with treason under Section 20, or alternatively, subverting constitutional government (“attempting to overthrow the government by unconstitutional means”) under Section 22(2)(a)(i) of the Criminal Law (Codification and Reform) Act. They faced a potential death sentence or life in prison for the treason charge.

After their arrests, Zimbabwean security agents conducted torture sessions with more than a dozen of the detainees hoping to turn some of them into state witnesses. This torture consisted of assaults all over the detainees’ bodies, under their feet and buttocks using broomsticks, metal rods, pieces of timber, open palms, and some blunt objects. They were then denied medical treatment for their injuries. Such conduct is in flagrant violation of Section 15(1) of the Constitution of Zimbabwe, which states “[n]o person shall be subjected to torture or to inhuman or degrading punishment or other such treatment” as well as the jus cogens prohibition against torture.

Freedom Now was retained as counsel to Gwisai and his colleagues on February 27, 2011.

On March 7, 2011, 39 of the 45 detainees were released. The release came less than a week after the UN High Commissioner for Human Rights and Special Rapporteur on Torture issued a statement, prompted by Freedom Now.

On March 17, 2011, High Court Judge Samuel Kudya released the remaining six men, including Munyaradzi Gwisai, on bail. In addition to a $2,000 bail, the men were required to surrender their passports and must check in with authorities three times per-week. Although Judge Kudua  noted that he saw “no iota of evidence that any Zimbabwean ever contemplated any Tunisian or Egyptian revolution.”