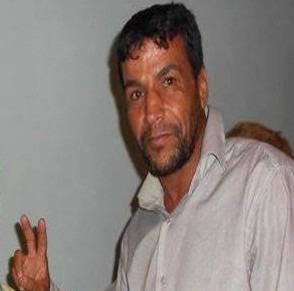 Mohamed al-Bambary is a Sahrawi media activist who served six years in prison as a result of his journalism.

Al-Bambary was arrested on August 26, 2015 while attempting to renew his identification card at the police station in Dakhla, Western Sahara. At the time of his arrest, police allegedly informed his mother that there had been a search and arrest warrant issued for him, however, al-Bambary was not made aware of the charges he faced.

Prior to his arrest, al-Bambary was a journalist affiliated with Equipe Media, one of the few independent media outlets in Western Sahara. In September 2011, he reported on peaceful protests that ultimately turned into three days of violent clashes between two neighborhoods in Dakhla after the conclusion of a local soccer game. Al-Bambary’s reporting included criticism of the Moroccan government’s response to the violence.

When authorities arrested al-Bambary in August 2015, they accused him of participating in these events nearly four years ago, despite the fact that those involved in the violence had already been arrested, prosecuted, and released years prior.

While in detention, al-Bambary stated he was subjected to torture intended to induce a false confession. The authorities forced him to sign a confession, which he was not allowed to read or review.

Four days after his arrest, the Dakhla Court of First Instance sentenced al-Bambary to one month in prison for charges of inciting the Sahrawi people to revolt against Moroccan authorities in 2011. This sentence was later revised by the El-Aaiun Appeals Court to 12 years in prison.

On January 12, 2016, al-Bambary again appeared before the El-Aaiun Appeals Court on new charges, including forming a criminal gang, participating in a murder, obstructing a public road, partaking in a fatal brawl, committing violence against public servants, and sabotaging things intended for public benefit. The court, which was conducting a second review of the case, sentenced al-Bambary to six years in prison.

Al-Bambary periodically staged hunger strikes to protest his sentence. His most recent hunger strike began in March 2016. As a result, his health deteriorated and he had to be taken to the hospital on more than one occasion.

Al-Bambary was released on September 26, 2021, one month after his six year prison sentence expired. His first act upon being released was to visit the grave of his parents, both of whom passed away while he was imprisoned.

In May 2017, Freedom Now and Robert F. Kennedy Human Rights submitted a petition to the UN Working Group on Arbitrary Detention on behalf of al-Bambary. In June 2018, the Working Group issued an opinion that found Morocco in violation of international law and called for the immediate release of al-Bambary.