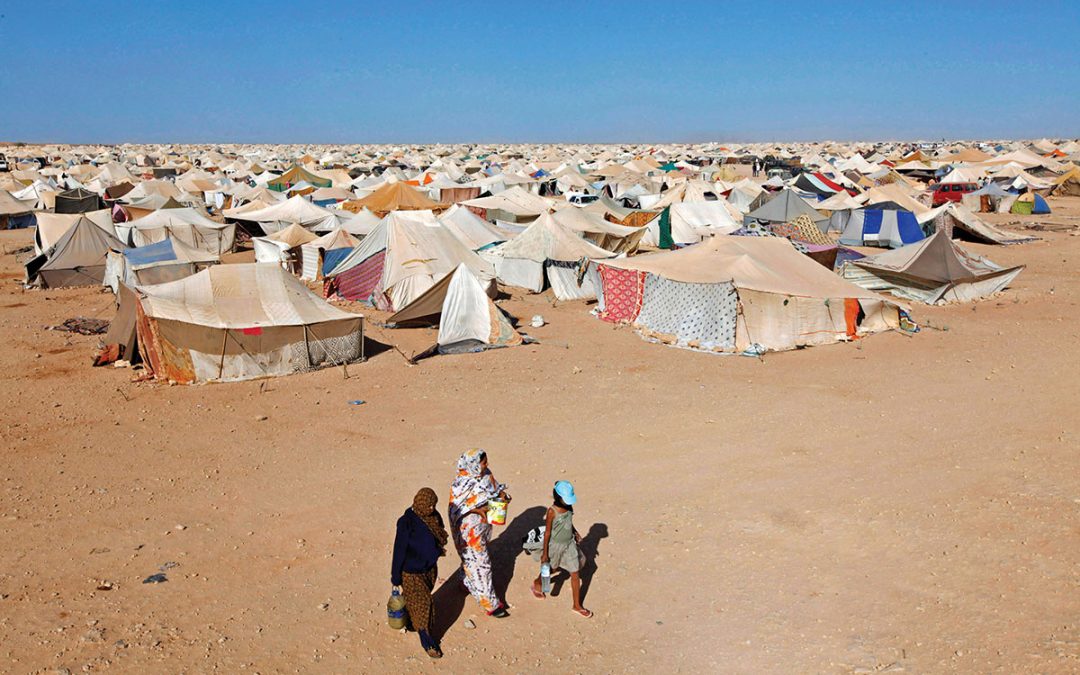 Four years after the arrest of media activist Mohamed al-Bambary, Morocco harassment of independent voices in the disputed territory of Western Sahara continues unabated. Numerous journalists and publishers have been prosecuted for criticizing the Moroccan government, creating and perpetuating an environment of self-censorship.

Al-Bambary, however, was not known for practicing self-censorship. A member of Equipe Media, one of the only independent media outlets in Western Sahara, he often captured the day-to-day life of Sahrawi people on video. In September 2011, al-Bambary reported on peaceful protests after the end of a local soccer game that eventually turned into three days of violence between two neighborhoods in Dakhla. His reporting included criticism of the Moroccan government’s response to the violence. Four years later, while trying to renew his identification card at the police station in Dakhla in August 2015, al-Bambary found himself in handcuffs.

Authorities accused him of participating in the riots four years earlier, despite the fact that those involved in the violence had already been arrested, prosecuted, and released years prior. In addition, al-Bambary was not informed of his charge until his trial took place in October 2015, where he was beaten and tortured prior in order to force him to sign a false confession that he was not allowed to read or review. At a trial that was closed to the public, in which al-Bambary was forbidden from speaking, he was subsequently sentenced to 12 years in prison. An appeal court would later reduce his sentence from 12 years to six, though this was still twice as long as any other person convicted for their participation in the riots. However, al-Bambary was not a participant to the riots, but rather an observer reporting for his media outlet, documenting the shocking violence that occurred, which resulted in the death of seven people. Al-Bambary filmed the burning of homes and shops as well as some of the brutal attacks that took place.

Four years later, while al-Bambary continues to remain in prison, he has suffered from health problems brought on by hunger strikes. In September 2017, he was placed in solitary confinement after a phone call with his family took place, in which he complained about continued beatings and harsh prison conditions. Although al-Bambary is allowed a one five minute phone call per week, there have been instances where the calls have been disrupted. His sisters believe that any time he was going to tell them something negative about the prison, the phone call was cut off.

Al-Bambary remains detained at the Ait Melloul prison in Morocco, which is approximately 1,200 kilometers away from his family in Western Sahara. Al-Bambary is segregated from other prisoners, though he has some space to walk around in an open area. Tragically, his health has deteriorated while detained, yet the prison has refused to provide him with adequate medical care.

On June 29 2018, the United Nations Working Group on Arbitrary Detention issued an opinion finding that the Moroccan authorities’ imprisonment of al-Bambary violated international law. While noting the persistent abuse of independent media in Western Sahara, the Working Group called on Morocco to immediately release al-Bambary and grant him reparations, as well as proper medical treatment for ailments he incurred while in prison.

To date, al-Bambary remains in prison, alongside his untreated and deteriorating health. His case is significant as it sheds lights on the regime of enforced silence regarding issues and reporting of Western Sahara independence. Moreover, it sheds light on the government of Morocco’s routine targeting and criminalization of individual journalists, media outlets, activists, and bloggers whose expressions are critical of Morocco’s claim over Western Sahara. In such a repressive climate, arbitrary detention of pro-self-determination activists and journalists has become far too common. In addition, no investigation or prosecution of security officials has ever occurred for conducting such routine arbitrary arrests in Western Sahara.

Morocco continues to misuse its Penal Code to imprison journalists. Article 381 of the Penal Code forbids “claiming or using a title associated with a profession that is regulated by law … without meeting the necessary conditions to use it,” and subjects violators to a prison sentence of three months to two years. In April 2019, an appeals court confirmed the conviction of at least two journalists for various charges, including usurping the title of journalist. Mohamed Al-Asrihi, the director of the news website Rif 24, was sentenced to five years in prison, and Fouad Essaidi, the director of Facebook-based Awar TV, to three years. Equipe journalist Nezha Khalidi was arrested in December 2018 and charged under Article 381. She was released in July 2019 with a small fine.

The government’s idleness in response to the Working Group opinion, alongside the growing number of political prisoners held in Morocco for exercising their basic human rights, is an opportunity for the international community to scrutinize beyond just this one case, and to look further at the thousands of political prisoners who still remain detained.

On the four-year mark of al-Bambary’s arrest, the government of Morocco must ensure that they are abiding by the rule of law and international standards of due process and human rights. The unconditional release of al-Bambary, along with the release of all political prisoners in Morocco, would ensure that the government is not only listening to all of its people, but listening and abiding to international standards at large.