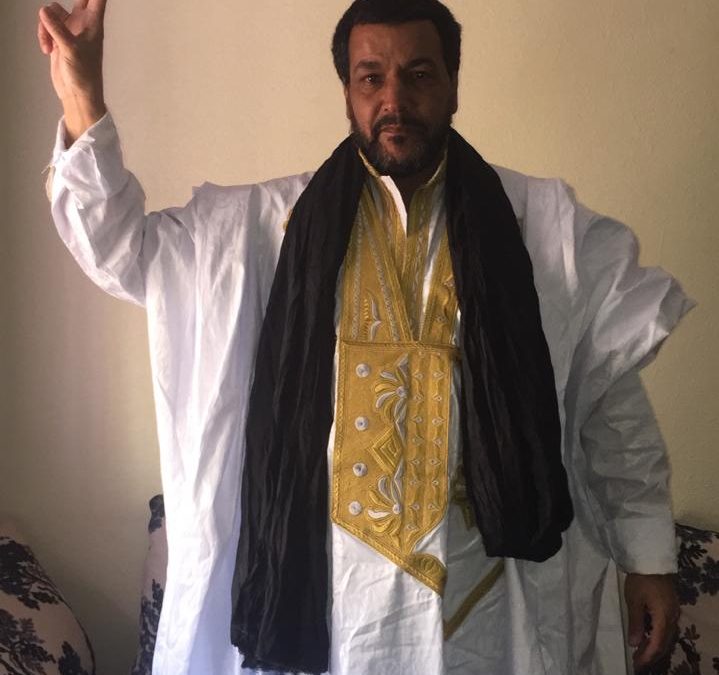 Freedom Now welcomes the release of journalist Mohamed al-Bambary from wrongful detention in Morocco. Al-Bambary was released on September 26, 2021, a month after completing a six-year prison sentence related to his reporting and activism.

“We are grateful that Mohamed Al-Bambary has been released,” said Freedom Now Program Director Karl Horberg. “His wrongful imprisonment was a shameful example of Morocco’s criminalization of expression critical of the country’s claim over Western Sahara. We call on the government to ensure that he faces no further harassment and that the individuals who tortured him are held accountable.”

Prior to his arrest, al-Bambary was a media activist affiliated with Equipe Media, one of the few independent media outlets in Western Sahara. In September 2011 he took video of protests that ultimately turned into three days of violent clashes between two neighborhoods in Dakhla, Western Sahara after the conclusion of a local soccer game. His documentation implicitly criticized the Moroccan government’s response to the violence.

Al-Bambary was arrested on August 26, 2015 while attempting to renew his identification card at the police station in Dakhla. When authorities arrested al-Bambary, they initially interrogated him about protests that had occurred earlier that year, before switching to accusations of participating in the violence in Dakhla nearly four years earlier. While in detention, al-Bambary was subjected to torture intended to induce a false confession. The authorities forced him to sign a document, which he was not able to read or review. He was ultimately sentenced to six years in prison.

In March 2017, Freedom Now and Robert F. Kennedy Human Rights filed a petition with the Working Group on al-Bambary’s behalf, arguing that his arbitrary arrest and detention violated Morocco’s international human rights law obligations. The decision by the Working Group, released in June 2018, confirmed that al-Bambary was arrested because of his media activism, in particular his coverage of events related to the self-determination of the Sahrawi population and human rights violations.