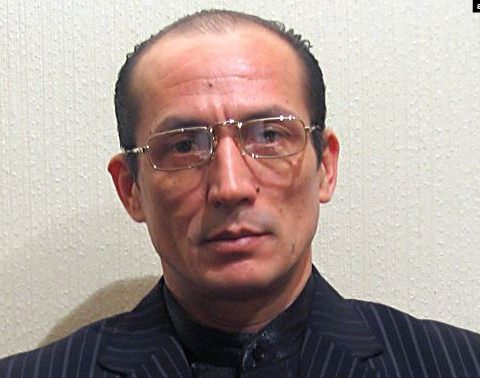 Gulgeldy Annaniyazov is a political dissident and human rights activist who has been detained in Turkmenistan since 2008, when he returned to the country after six years in Norway as a political refugee.

On July 12, 1995, Annaniyazov organized the first-ever anti-government demonstration in Ashgabat. The Turkmen government responded to his peaceful demonstration by sentencing him to 15 years in prison. One of his co-defendants, Charymurat Gurov, later died in prison as a result of torture. Annaniyazov was released under a presidential amnesty in January 1999. After his release in 2002, Annaniyazov received refugee status in Norway.

On June 24, 2008, Annaniyazov returned to Turkmenistan after a change in the country’s leadership to work for democratic reform. That evening while visiting with friends and family at his parents’ home, plain-clothed officers entered the house without presenting any identification or warrant and arrested Annaniyazov. The officers did not disclose where they were taking Annaniyazov.

Information about Annaniyazov has been difficult to obtain since his arrest. It has been reported that Annaniyazov was charged with illegal entry into Turkmenistan and that his trial took place in July 2008. On October 7, 2008, he was sentenced to 11 years in prison. The Turkmen government reportedly brought additional charges against him in connection with the anti-government demonstration he organized in July 1995. It has also been reported that these charges have increased the length of Annaniyazov’s prison term.

Little is known about Annaniyazov’s trial; however, it is clear that there were serious due process violations. Annaniyazov was not represented by an attorney and all of the hearings were closed to the public. The court has also refused to provide Annaniyazov’s family with a copy of the sentence, leaving them without any specific information about his conviction or where he is imprisoned.

In 2009, it was reported that the government transferred Annaniyazov to a prison referred to as Gorbatiy (“Hunchback”) because of the facility’s low ceilings. In a note smuggled to his family, Annaniyazov asked for money to replace his glasses and expressed fear that he would never see his family again. He continues to be held incommunicado and the Turkmen government refuses to disclose information about his location and condition.

In December 2012, Freedom Now submitted a petition to the UN Working Group on Arbitrary Detention on behalf of Annaniyazov. In December 2013, the Working Group found his detention to be in violation of international law and called on Turkmenistan to immediately release him.

Members of the European Parliament and the U.S. Senate called for Annaniyazov’s release.

In March 2019, Annaniyazov was finally able to see his family for the first time since his arrest in 2008. Annaniyazov was subsequently given an additional five year sentence on unknown charges.

In December 2021, Freedom Now submitted a list of issues for the UN Human Rights Committee to consider as it initiated its periodic review of Turkmenistan. Included those issues were the circumstances of Annaniyazov’s case.