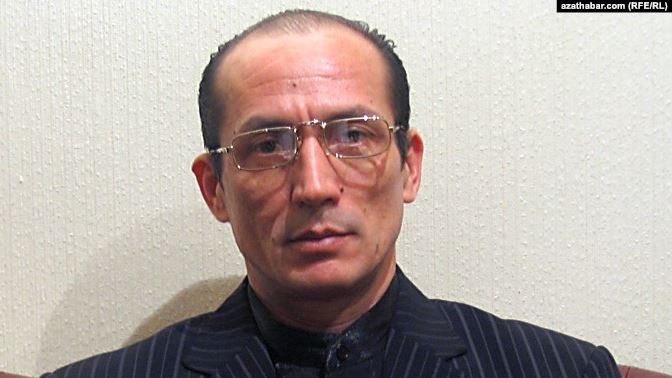 Annaniyazov was first arrested in 1995 after organizing a peaceful protest in the capital of Ashgabat. He served four years in prison before receiving a presidential pardon. After his release, he moved to Norway, where he received refugee status in 2002.

Annaniyazov returned to Turkmenistan in June 2008 after a change in the country’s leadership to work for democratic reform. The evening he arrived in the country, while visiting with friends and family at his parents’ home, plain-clothed officers entered the house and arrested him. Allegedly, he was charged with illegal entry into Turkmenistan, however when the trial begun, additional charges were added in connection to the demonstration Annaniyazov organized in 1995. He was ultimately sentenced to 11 years in prison.

From the time of his arrest in June 2008 until March 2019, Annaniyazov was held incommunicado. As a result, little is known about the charges brought against him, his subsequent trial, or his condition. In 2013, the UN Working Group issued an opinion on Annaniyazov’s case, finding his detention to be in violation of international law and calling for his immediate release. In 2014, Annaniyazov’s name was added to the Prove They Are Alive! Campaign’s list of disappeared prisoners.

In early 2019, just before Annaniyazov’s 11-year prison sentence was set to expire, the Prove They Are Alive! Campaign received information that Turkmenistan sentenced Annaniyazov to additional five year prison term on unknown charges.  He was subsequently transferred to a settlement colony in the town of Karabogaz (formerly Bekdash) on the Caspian coast. In March 2019, Annaniyazov’s family, who had not seen him since his arrest in 2008, were allowed for the first time to visit him in his new place of detention, bring him clothes, and a food parcel. Over the past two months, they have also been able, for the first time, to talk to him over the phone.

In their letter to President Berdimuhamedow, the Senators called for Annaniyazov’s release from prison, noting that “he has suffered enough.”