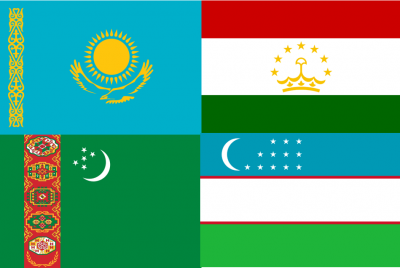 The letters emphasize that individuals “should never be imprisoned for exercising their rights of freedom of assembly, association, and speech.” The Senators call for the release of the ten wrongfully detained human rights defenders not only on the merits of their cases, but also with regard to urgent humanitarian concerns. “While all nations and citizens have been affected by the global COVID-19 pandemic, the risks to the detainee population are particularly acute given the enclosed living conditions.”

Freedom Now is monitoring the cases of all those mentioned in the letters, as well as providing legal representation for Daler Sharipov, Buzurgmehr Yorov, Gulgeldy Annaniyazov, and Omurzak Omarkulyev along with the law firm Hogan Lovells. It is deeply regrettable that these individuals have been subject to malicious prosecutions based on their work in support of international human rights. It is hoped that these leaders will carefully consider the urgings of the twelve US Senators and take the corrective action of releasing these individuals who have been wrongfully detained.

The individuals highlighted in the letters include:

Maks Bokayev, a labor activist serving a five year prison sentence in Kazakhstan. Bokayev was arrested in May 2016 for protesting Kazakhstan’s Land Code and for statements made on social media. In November 2016, a Kazakh court convicted him of “inciting social, national, clan, racial, class, or religious discord,” “spreading of false information”, and organizing unsanctioned demonstrations and meetings.

Azimjon Askarov, a human rights activist serving a life sentence in Kyrgyzstan. Askarov was arrested in June 2010 and convicted of terrorism-related charges after documenting police brutality during an outbreak of ethnic violence in southern Kyrgyzstan. His case was raised by the Senators in a separate letter in May 2020.

Daler Sharipov, a journalist serving a one year prison sentence in Tajikistan. Sharipov was arrested in January 2020 on charges of “inciting religious discord” for printing and distributing a manuscript regarding the incompatibility of Islam and terrorism. Prior to his arrest, he had published numerous articles supporting press freedom.

Buzurgmehr Yorov, a human rights lawyer serving a 22 year prison sentence in Tajikistan. In September 2015, Yorov took on legal representation of 13 members of a banned opposition political party. He was arrested days later, after announcing his clients had been tortured. Since his initial imprisonment he has been subjected to three separate criminal trials, each adding more years to his sentence. In May 2019, responding to a petition filed by Freedom Now, the UN Working Group on Arbitrary Detention issued an opinion determining that Tajikistan’s detention of Yorov violated his human rights.

Gulgeldy Annaniyazov, a human rights activist serving a 16 year sentence in Turkmenistan. Annaniyazov previously served a four year prison sentence for organizing the first anti-government demonstration in Turkmenistan. He settled in Norway, where he received refugee status, after being released. He returned to Turkmenistan in 2008 and was immediately arrested and sentenced to 11 years in prison on charges of illegally entering the country. He was released from prison in early 2019, but has been sentenced to five years restricted movement. In August 2013, responding to a petition filed by Freedom Now, the UN Working Group on Arbitrary Detention issued an opinion determining that Turkmenistan’s detention of Annaniyazov violated his human rights.

Mansur Mingelov, a citizen serving a 22 prison sentence in Turkmenistan. Mingelov was arrested and charged with drug possession in June 2012 after filing a complaint that his brother was tortured while in police custody.

Omruzak Omarkulyev, a student serving a 20 year prison sentence in Turkmenistan. Omarkulyev was studying abroad in Turkey in 2018 when he was coerced to return to Turkmenistan by government officials. He was subsequently arrested and convicted of unknown charges, likely related to his creation of a non-political student group for Turkmen students abroad.

Iskandar Khudaiberganov, a human rights activist serving a life sentence in Uzbekistan. Prior to his arrest, Khudaiberganov served as chairman of the Center of Democratic Initiatives. He was convicted of terrorism-related charges in 2002 after a trial that featured confessions obtained through torture.

Akrom Malikov, an academic serving a six year prison sentence in Uzbekistan. A researcher at a government think tank and a blogger, Malikov was arrested in July 2016 on extremism charges for allegedly writing articles for an opposition party under a pseudonym.