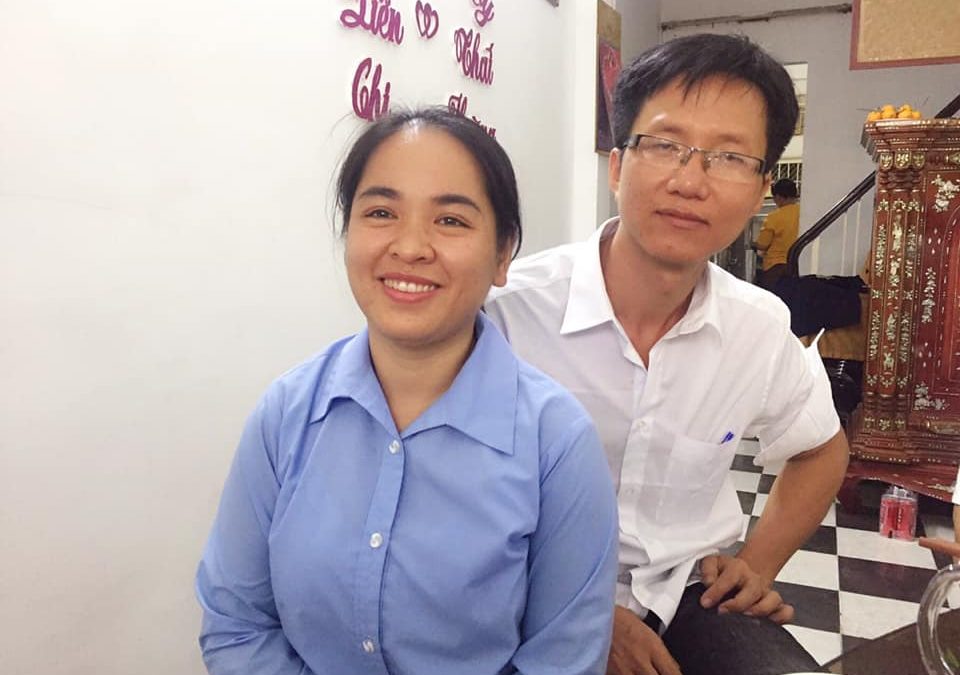 Greg McGillivary, managing partner with the law firm Woodley & McGillivary which represented Nguyen pro bono, stated that “Nguyen Hoang Quoc Hung spent nine years in a Vietnamese prison for peacefully organizing garment workers. The government must allow workers and advocates to organize and it must stop violating fundamental international labor rights such as freedom of association.”

“We welcome the release of Nguyen Hoang Quoc Hung and are grateful he has been reunited with his family,” said Freedom Now Executive Director Maran Turner. “His wrongful imprisonment is indicative of widespread persecution of civil society in Vietnam. As U.S. officials gather in Vietnam this week for the summit with North Korea, we urge them to also use this opportunity to engage with their Vietnamese counterparts to encourage the release of all prisoners of conscience in the country.”

Nguyen and his colleagues Doan Huy Chuong and Do Thi Minh Hanh were arrested in February 2010 after the three tried to organize striking workers at a shoe factory and circulated a list of the workers’ demands. Authorities held the activists for eight months before eventually charging them under Vietnam’s controversial national security laws. Just ten days after being charged, the activists were prosecuted—without the assistance of legal counsel and without the right to speak in their own defense—and sentenced to between seven and nine years in prison. They were subjected to solitary confinement and beatings, and suffered from ill-health as a result of the mistreatment and poor prison conditions. After more than three years of imprisonment, Ms. Do was released early in June 2014. Doan was released in February 2017 after the completion of his seven year prison sentence.

In 2013, the UN Working Group on Arbitrary Detention found that the imprisonment of Do, Doan, and Nguyen violated Vietnam’s obligations under international law and called for their release.  The Working Group’s opinion came in response to a petition filed by Freedom Now and Woodley & McGillivary.

In November 2018, Freedom Now released an in-depth report on the laws used by the authorities in Vietnam to harass and repress civil society and legitimize its imprisonment of government critics.