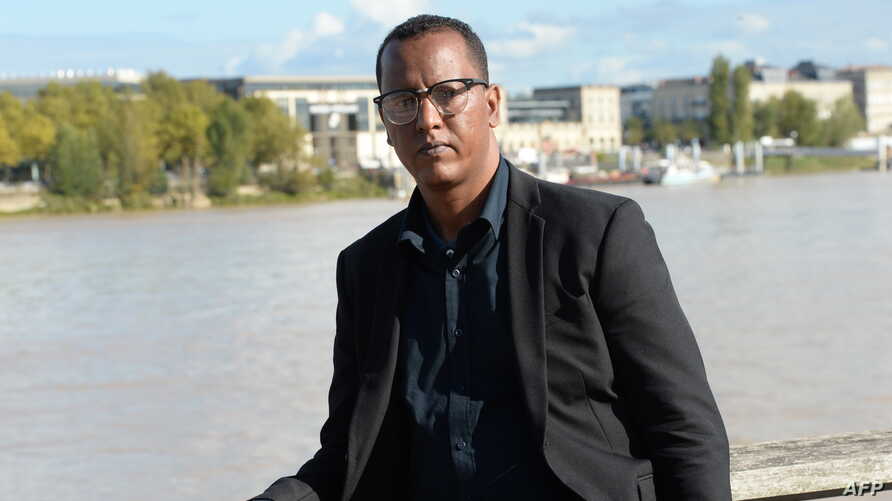 Washington, D.C. – Freedom Now is pleased to announce blogger Mohammed Shaikh Ould Mohammed Ould Mkhaitir was released on July 29, 2019 after more than five and a half years of wrongful detention. Initially sentenced to death in 2014, Mkhaitir was kept detained in an undisclosed location after an appeal court overturned his sentence in November 2017.

“The long awaited release of Mohammed is a great relief. It is unconscionable that Mauritania was prepared to execute a man for expressing an opinion and it is appalling that he was kept detained in defiance of a legal decision,” said Freedom Now Executive Director Maran Turner. “We are grateful that Mohammed has been reunited with his family and has re-settled in a new country. We urge President-elect Mohamed Ould Ghazouani to protect freedom of expression as he embarks on his first term in office.”

Prior to his arrest, Mkhaitir worked as an engineer for a mining company in northern Mauritania. In late December 2013, he published a blog post which provided a social critique and commentary on the nexus between religion, racism, and discrimination. Mkhaitir had no previous history as an activist or dissident and the blog post was his first published article. On January 2, 2014, Mkhaitir was arrested and charged with apostasy. He spent nearly a year in prison before he was sentenced to death by firing squad on December 24, 2014.

The two-day trial included several procedural irregularities. The court prohibited any discussion of the actual contents of the blog post and ignored Mkhaitir’s multiple expressions of repentance, made both shortly after his arrest and in the courtroom during trial, that he had not intended to insult Islam. Instead, the court allowed the prosecution to focus on Facebook posts Mkhaitir wrote in 2010 in which he suggested that being a nonbeliever was better than being a hypocrite. Death threats were so prevalent during the time leading up to the trial that three of Mkhaitir’s lawyers resigned.

In November 2017, after nearly a year of delays, an appeals court reduced his sentence to a fine and two years’ imprisonment, which he had by then served. When the verdict was issued protests broke out in the court room. Mkhaitir, his attorneys, and the judges were escorted from the building under police protection. Instead of releasing him, authorities transferred Mkhaitir to solitary confinement in an undisclosed location, ostensibly for his own safety, where he was denied access to lawyers and had limited contact with his family. During this period of “administrative detention”, Mkhaitir’s health greatly deteriorated. He suffers from physical pain, psychological trauma, and glaucoma.

Freedom Now has been part of an international campaign calling for Mkhaitir’s release from wrongful detention. In May 2016, Freedom Now and Dechert LLP submitted a legal petition to the UN Working Group on Arbitrary Detention on Mkhaitir’s behalf. In June 2017, the Working Group issued an opinion finding Mkhaitir’s detention to be in violation of international law and calling for his immediate release. Several UN human rights experts reiterated the call for Mkhaitir’s release in May 2018 and again in June 2019. Freedom Now facilitated a number of actions to leverage pressure on the Mauritanian government, including joint civil society letters, protests, and letters from U.S. Senators, most recently in June 2018.