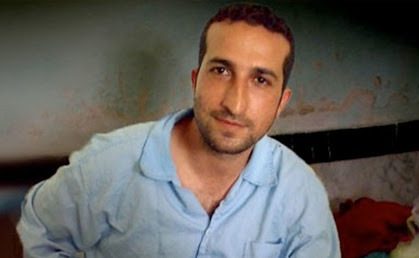 Youcef Nadarkhani is a Christian pastor arrested in May 2016 and serving a 10 year prison sentence for national security-related charges.

Though not religious as a child, Pastor Nadarkhani converted to Christianity at age 19, becoming a member of the Only Jesus Church. He now belongs to the Protestant evangelical Church of Iran and served as a pastor of a 400-member house church.

Through much of his life, Pastor Nadarkhani has been the target of religious discrimination, for which he has been arrested, tried, and imprisoned on at least three occasions since 2006. In 2010, he was sentenced to death by hanging for the crime of apostasy for converting to Christianity after adulthood. He was acquitted of the crime and released in 2012 due to international pressure.

Pastor Nadarkhani’s most recent arrested occurred in May 2016 during a government raid on a private Christian ceremony. In July 2017, he was found guilty of “acting against national security” by “promoting Zionist Christianity.” He was sentenced to 10 years in prison and an additional two-year sentence in external exile in southeast Iran.

Pastor Nadarkhani began serving his sentence on July 22, 2018 after police staged a raid on his home, physically attacking him and his son. He is detained in the notorious Evin Prison. On October 5, 2019, Pastor Nadarkhani was granted a new trial scheduled to begin on May 11, 2020. The new trial was ordered after the judge from the initial trial was removed from his position on charges of corruption. In June 2020, his sentence was reduced to six years.