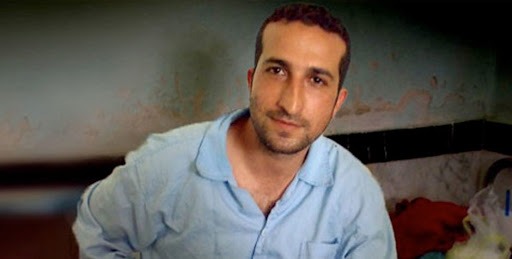 Washington, D.C. – On April 17, 2020, Freedom Now and Dechert LLP filed a petition with the UN Working Group on Arbitrary Detention on behalf of Iranian pastor Youcef Nadarkhani. Freedom Now and Dechert argue that Iran’s detention of Pastor Nadarkhani violates the government’s obligations under the International Covenant on Civil and Political Rights and the Universal Declaration of Human Rights.

“The wrongful imprisonment of Pastor Youcef Nadarkhani is an example of Iran’s pervasive discrimination against religious minorities,” said Freedom Now Program Officer Karl Horberg. “We are confident that the UN Working Group on Arbitrary Detention will conclude Pastor Nadarkhani’s fundamental human rights have been violated, primarily his right to freedom of religion. Freedom Now calls on the Iranian government to immediately and unconditionally release Pastor Nadarkhani.”

Pastor Youcef Nadarkhani is a member of the Protestant Evangelical Church of Iran and served as a pastor of a 400-member house church.  Through much of his life, Pastor Nadarkhani was the target of religious discrimination, for which he has been arrested, tried, and imprisoned on at least three occasions since 2006. In 2010, he was sentenced to death by hanging for the crime of apostasy for converting to Christianity after adulthood. He was acquitted of the crime and released in 2012 due to international pressure.

Pastor Nadarkhani’s most recent arrest occurred on May 13, 2016 during a series of raids by Iranian security services on Christian homes in Rasht, Iran.  At the time of his arrest, Pastor Nadarkhani was participating in a private Christian ceremony, along with his wife and three others.  The arresting authorities provided no explanation for the arrest.

A closed trial was held by the Islamic Revolutionary Court in Tehran which found Pastor Nadarkhani guilty in July 2017 of “acting against national security” by “promoting Zionist Christianity.”  He was sentenced to ten years of prison and an additional two-year sentence in external exile in southeast Iran. The trial was rife with procedural violations, including an incident in which one of the presiding judges made an accusation, without any evidence, that Pastor Nadarkhani received funds from a foreign government. Another judge remarked during the trial that “Christians make foolish claims.”

Pastor Nadarkhani began serving his sentence on July 22, 2018 after police staged a raid on his home, physically attacking him and his son. He is detained in the notorious Evin Prison. On October 5, 2019, Pastor Nadarkhani was granted a new trial scheduled to begin on May 11, 2020. The new trial was ordered after the judge from the initial trial was removed from his position on charges of corruption.

Although the Iranian government has granted furloughs to approximately 100,000 prisoners in response to the COVID-19 pandemic, Pastor Nadarkhani remains detained in Evin Prison as his purported crimes are related to national security.