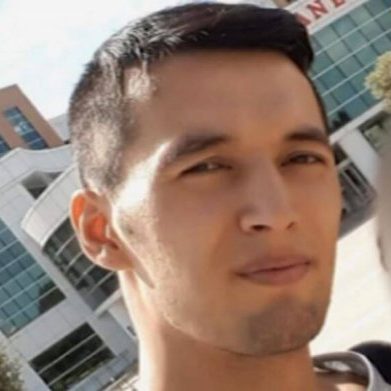 Omruzak Omarkuliev is a student who disappeared in Turkmenistan in March 2018 and is reportedly serving a 20 year prison sentence on unknown charges.

Prior his to arrest, Omarkuliev was living in Turkey where he studied engineering at Osmaniye Korkut Ata University. During the course of his studies, he founded a student organization for Turkmen students abroad –the Association for Solidarity and Support for Students from Turkmenistan. Although this organization was not directly engaged in any political issues, it drew the attention of the Turkmen government.

On February 14, 2018, the Turkmen consul in Ankara invited Omarkuliev to travel to Ashgabat where he would participate as a student representative in a preparatory event for the upcoming parliamentary elections in Turkmenistan. Omarkuliev accepted the invitation and promptly flew to Turkmenistan. After attending a meeting, he attempted to return to Turkey on February 22. However, when he arrived at Ashgabat International Airport, he was prohibited from boarding his flight by Turkmen border officials, who failed to provide a reason for the travel ban.

Omarkuliev remained at the airport for over a week as he tried to board a plane, but was repeatedly blocked by border officials. During this period, he began to speak to Radio Free Europe/Radio Liberty (RFE/RL) and other independent news sites about his situation. On March 9, he made one final attempt to return to Turkey, but was again refused. After he left the airport, he spoke to an independent blogger located outside of the country, and he gave an interview to an RFE/RL reporter. On March 15, Turkmen immigration authorities notified Omarkuliev he would be allowed to leave the country in two days. This was the last day any of Omarkuliev’s friends or family heard from him.

In mid-May 2018, the government informed Omarkuliev’s family that he had been sentenced to 20 years “deprivation of liberty,” with the first five to be spent in prison. The exact charges against him are unknown as the trial was held in secret. Reports have emerged that he is being held incommunicado in Ovadan-Depe prison.

In September 2019, after Omarkuliev’s disappearance received international attention from the Organization for Security and Cooperation in Europe, after a video was posted on YouTube which purported to show him serving in the Turkmen military. Omarkuliev never speaks in the video and is shown in several staged scenes. The video also features an individual identified as Omarkuliev’s father, who died in June 2018.

Freedom Now and Hogan Lovells US LLP filed a petition with the UN Working Group on Arbitrary Detention on behalf of Omarkuliev in May 2020.

In December 2021, Freedom Now submitted a list of issues for the UN Human Rights Committee to consider as it initiated its periodic review of Turkmenistan. Included those issues were the circumstances of Omarkuliev’s case.