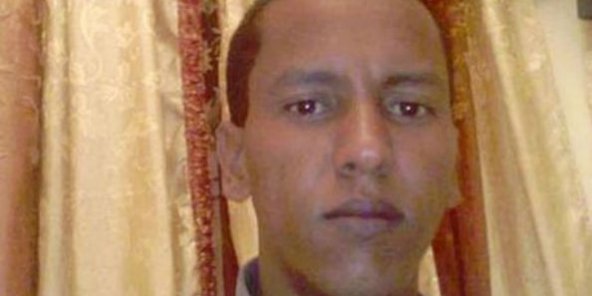 Mohammed Shaikh Ould Mohammed Ould Mkhaitir is a blogger who faced a death sentence on charges of apostasy.

In late December 2013, Mkhaitir published a blog post that provided a social critique and commentary on the nexus between religion, racism, and discrimination. Prior to his arrest, Mkhaitir worked as an engineer for a mining company in northern Mauritania. He had not been a prominent critic of the government and the blog post appears to be his first published article.

On January 2, 2014, Mkhaitir was arrested and charged with apostasy under Article 306 of the Penal Code. After close to a full year in prison, Mkhaitir’s trial was finally held on December 23, 2014. The trial lasted two days and, Mkhaitir apologized and explained that he never meant to insult the prophet. On December 24, 2014, Mkhaitir was sentenced to death by firing squad.

The two-day trial included several procedural irregularities. The court prohibited any discussion of the actual contents of the blog post and ignored a letter written by Mkhaitir shortly after his arrest which stated that he had not intended either intentionally or unintentionally to insult Islam. Instead, the court allowed the prosecution to focus on Facebook posts Mkhaitir made in 2010. Death threats were so prevalent during the time leading up to the trial that three of Mkhaitir’s lawyers resigned.

The Supreme Court was initially scheduled to deliver a final ruling in Mkhaitir’s case on November 15, 2016. However, when hundreds of protestors surrounded the court that day to demand Mkhaitir’s execution, the verdict was postponed and Mkhaitir’s lawyer was escorted by police to ensure her safety.

In January 2017, after another delay, the Supreme Court sent the case back to the Court of Appeals, the same court which upheld Mkhaitir’s death sentence.

Mkhaitir’s initial sentence was condemned by the European Union, Amnesty International, Committee to Protect Journalists, Reporters without Borders, and PEN International. Freedom Now and Dechert LLP filed a petition with the UN Working Group on Arbitrary Detention on behalf of Mkhaitir in May 2016. In June 2017, the Working Group found his detention to be arbitrary and called for Mauritania to immediately release him.

Freedom Now brought international attention to Mkhaitir’s case by filing an allegation letter with the African Commission Special Rapporteur on freedom of expression, joining partner NGOs in issuing letters to President Aziz, filing two allegation letters to the UN Special Rapporteur on the independence of judges, and lawyers, providing expert analysis to a journalist from Newsweek and facilitating a letter from four U.S. Senators calling for Mkhaitir’s release.

The Court of Appeals quashed Mkhaitir’s death sentence on November 9, 2017. He was given a two-year sentence and a small fine. However, the government kept Mkhaitir in an undisclosed location in “administrative detention” until July 2019, ostensibly for his own safety. On July 29, 2019, Mkhaitir was released from detention and taken to France where he lives safely.