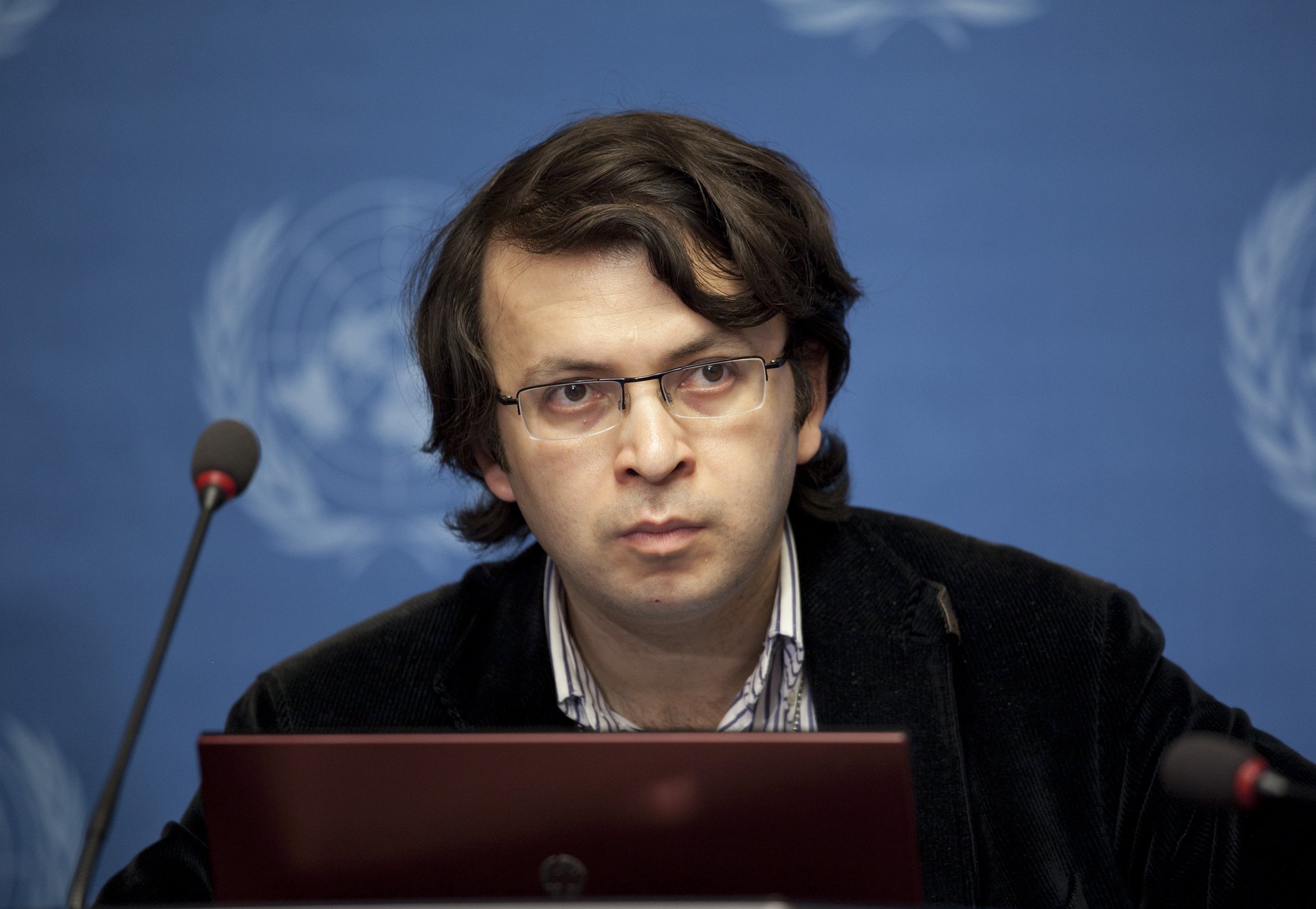 Adnan Hajizade and Emin Milli are human rights activists, social media bloggers, and promoters of non-violent democracy advocacy in Azerbaijan. The two activists were respectively serving two year and two and one-half year prison sentences in Azerbaijan on charges of “hooliganism” from July 8, 2009. On November 18, 2010, the Azerbaijani government released Adnan Hajizade, and on the 19th, it released Emin Milli.

Hajizade attended college at the University of Richmond in the United States, after which he returned to Azerbaijan for military duty. He has become known throughout Baku as a vocal critic of the government, a youth leader, and an active member of civil society. Hajizade and Milli helped found OL! Azerbaijani Youth Movement, an organization that promotes youth education and development.

Milli is a founder of Alumni Network (AN), a social networking group for Azerbaijani youth that promotes non-violent political advocacy. Milli attended the School of International Law at Baku State University. He served as a coordinator for the International Republican Institute (IRI) and as director of the Friedrich Ebert Foundation (FES). He also advised the Council of Europe on legal matters relating to Azerbaijani political prisoners. Milli is an outspoken critic of the government, particularly it’s 2009 referendum to eliminate presidential term limits and its crackdown on foreign broadcast radio.

In June 2009, Hajizade created a video of a donkey holding a press conference on the Internet. Milli helped disseminate the video throughout Azerbaijan. The video was a critical commentary on the Azerbaijani government’s decision to purchase two donkeys for over $41,000, rather than directing those resources toward improvements in health care or human rights.

On July 8, 2009, Milli and Hajizade were attacked and beaten by two men in a Baku restaurant. When Milli and Hajizade went to report the crime to the police, the police jailed them on “domestic hooliganism” charges—charges that have been used to silence activists in Azerbaijan. Both men were denied medical treatment, despite serious injuries from the attack. Milli and Hajizade were arrested approximately one month after Hajizade’s video was posted on the Internet, four days after Milli criticized the Azerbaijani government at a roundtable discussion about democratization, and one day before Milli was scheduled to work with the German Federal Commissioner for Human Rights and Foreign Aid Ombudsman.

Hajizade was sentenced to two years in prison, and Milli was sentenced to two-and-a-half years in prison. Their trial fell far below international standards, with the judge refusing to consider evidence submitted by the defense and limiting public and press access to the trial. On March 10, 2010, the conviction was affirmed, and on August 19, 2010, the Supreme Court rejected their appeal. Hajizade and Milli were separated in April 2010 and transferred from a Baku prison. Hajizade was then held in Azerbaijan’s Prison No. 14 in Guzdek (Gizildash) and Milli was held in Prison No. 5 in Khalaj (Salvan). Prison conditions in Azerbaijan are “generally harsh and life-threatening.” Prison No. 14, in particular, has been the subject of “a number of allegations of inhumane treatment and violent abuses by the staff.” Additionally, friends and rights advocates were barred from visiting Hajizade.

Freedom Now filed a petition in December 2010 with the UN Working Group on Arbitrary on behalf of Milli.

Milli was released on November 19, 2010, and continues to be a strong advocate for democracy in Azerbaijan.