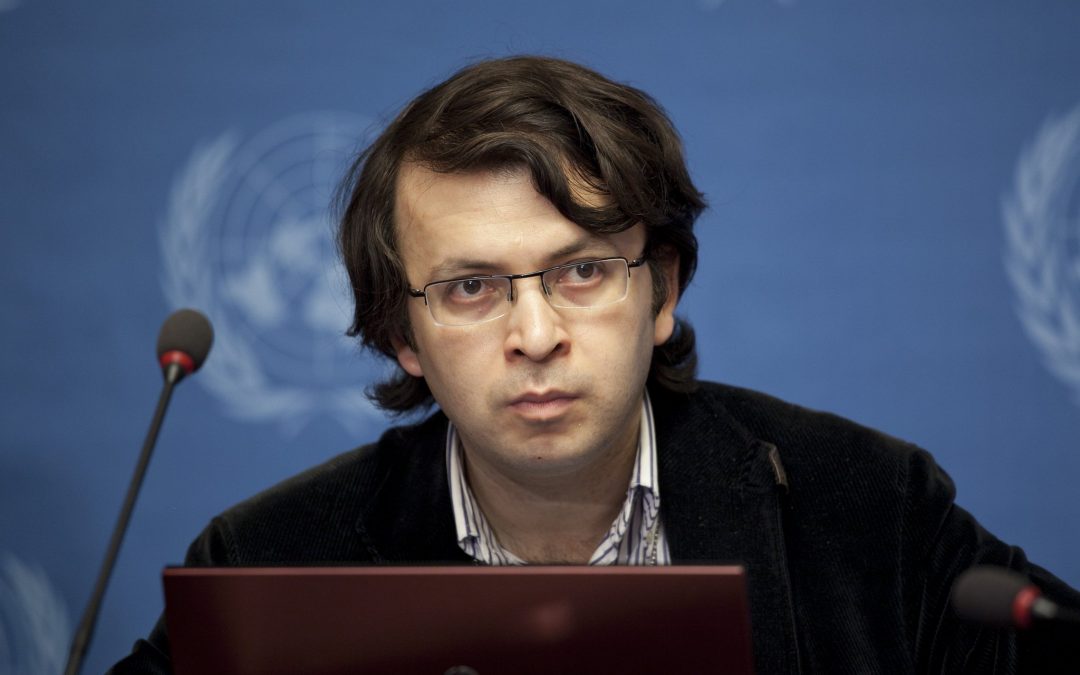 The Baku Appeal Court issued a decision to release Emin on conditional release and he was freed in the early morning hours. Prior to the release of Adnan and Emin, the international community, including foreign diplomats and President Obama, appealed to the Azerbaijani government on their behalf.

“We are happy to hear Emin Milli is now free along with Adnan Hajizade,” said Freedom Now’s Executive Director Maran Turner. “However, the two bloggers were detained as punishment for exercising their protected right to free expression and thus their detention violated Azerbaijani and international law. We call on the Government of Azerbaijan to make their release unconditional.”

Like Adnan, Emin was well known in Azerbaijan as a vocal critic of the government and an active member of civil society. Emin founded Alumni Network (AN), a social networking group for Azerbaijani youth that promotes non-violent political advocacy. He served as a coordinator for the International Republican Institute and as director of the Friedrich Ebert Foundation. He also advised the Council of Europe on legal matters relating to Azerbaijani political prisoners.

In June 2009, Emin helped disseminate a video produced by Adnan, which mocked the government. Both activists were arrested 10 days after the video’s online posting. The satirical video in which a donkey holds a press conference criticized the Azerbaijani government’s purchase of two donkeys for over $20,000 each, while the government neglects the health care and human rights of its citizens.

On July 8, 2009, Baku police arrested Adnan and Emin after the two activists reported to police that they were attacked by two men in a local restaurant. Upon reporting the crime perpetrated against them, Adnan and Emin were arrested and charged with “hooliganism.” Although Adnan and Emin suffered severe injuries, police refused to provide them adequate medical attention. Following a joint trial that violated international due process standards, Adnan and Emin were convicted and sentenced to two and two and one-half years in prison, respectively. Since April, Adnan had been detained at Azerbaijan’s Prison No. 14 in Guzdek (Gizildash). Emin was detained at Prison No. 5 in Khalaj (Salvan).

Freedom Now, a prisoner of conscience advocacy organization based in Washington, D.C., worked on behalf of Adnan Hajizade and Emin Milli.