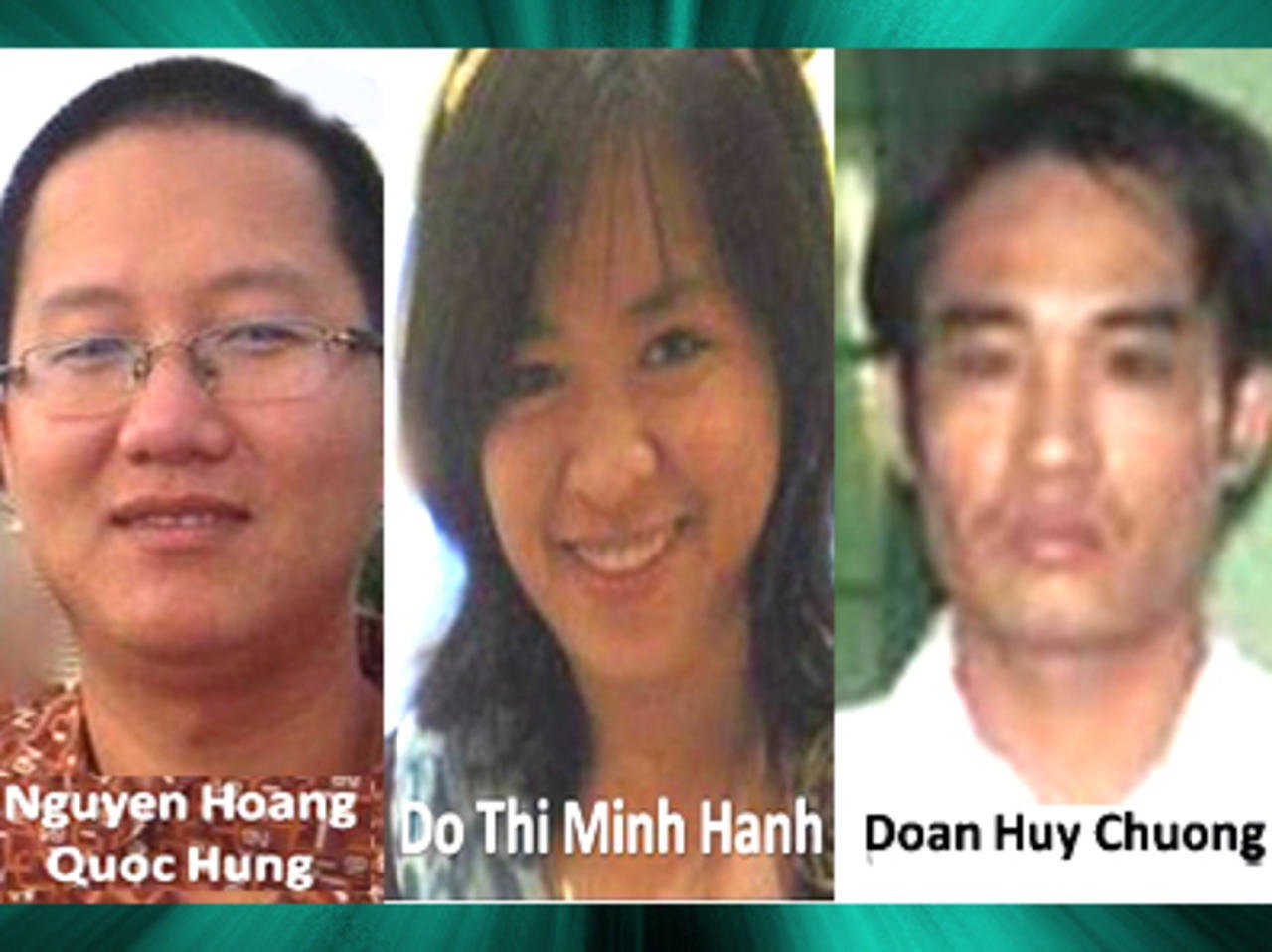 Doan Huy Chuong, Do Thi Minh Hanh, and Nguyen Hoang Quoc Hung are labor activists who were detained in February 2010 for organizing workers at a shoe factory. Do and Doan were sentenced to seven years in prison but were released on June 26, 2014, and February 13, 2017, respectively. Nguyen was released on February 24, 2019, after the completion of his nine-year sentence.

Doan, sometimes known as Nguyen Tan Hoanh, is a founding member of the United Farmers and Workers Organization, an independent Vietnamese labor union. In 2006, he spent 18 months in prison for founding the union and was severely mistreated. Do and her boyfriend, Nguyen, are members of “Victims of Injustice”—a group that advocates on behalf of victims of land confiscation. Both have been detained briefly for their activism, but before 2010 had never been tried or imprisoned.

In January 2010, the trio wrote and circulated a list of demands when workers at the My Phong shoe factory went on strike because of their company’s arbitrary payment policies and their managers’ abusive behavior. Management initially responded by sealing workers inside the factory, but local and regional officials stepped in and negotiated a successful compromise.

In the weeks following the strike’s peaceful conclusion, authorities identified and arrested Doan, Do, and Nguyen. Authorities indicted the trio 10 days before their joint trial in October 2010 on charges of disrupting national security under Article 89 of the Vietnamese Criminal Code.

The trio’s trial was plagued with violations of fair trial standards. The government assured the activist’s families that they would be provided a lawyer; however, they were not represented by counsel during the closed-door trial. The government also prevented them from speaking in their own defense during the proceedings. Although their families managed to retain a lawyer for the appeal, the trio’s conviction was upheld after another closed proceeding.

The government has also subjected Doan, Do, and Nguyen to deplorable treatment throughout their detention. In addition to prolonged periods of solitary confinement,  they were each repeatedly beaten. As a result, Do is now deaf in one ear and Doan has lost the use of one hand. All three suffer from rashes and liver problems—the result of poor food and sleeping conditions.

In October 2012, Freedom Now and Woodley & McGillivary submitted a petition to the UN Working Group on Arbitrary Detention on behalf of the three activists. In March 2013, the Working Group found their detention to be in violation of international law and called on Vietnam to immediately release them.