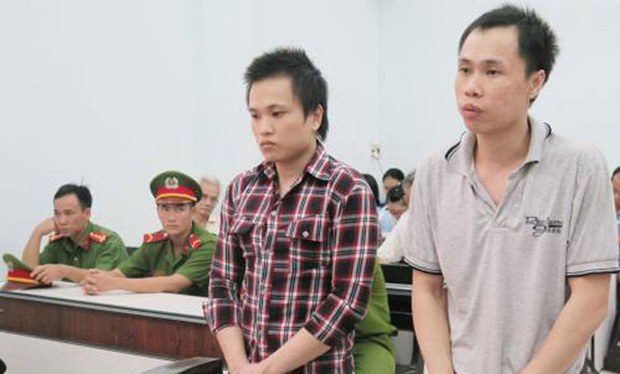 Washington, D.C. – Freedom Now is pleased to announce the release of online activist Nguyen Huu Quoc Duy from arbitrary detention in Vietnam. Nguyen was released on November 21, 2018 upon completing a three year prison sentence related to criticisms he made of the Vietnamese government on Facebook.

“For three years, Nguyen Huu Quoc Duy was unjustly imprisoned and cruelly separated from his family because of a Facebook post,” said Kate Barth, Legal Director of Freedom Now. “We welcome his release; however, he should have never been imprisoned for exercising his freedom of expression. We call on the government of Vietnam to ensure that it will protect the human rights of its citizen and release all other individuals wrongfully detained for exercising their fundamental rights, including Nguyen Van Hoa, Phan Kim Khanh, Tran Hoang Phuc, Nguyen Van Dien, Vu Quang Thuan, and Dr. Ho Van Hai.”

Nguyen was initially arrested with his cousin Nguyen Huu Thien An on August 28, 2015 after An spray painted an anti-communist slogan on the side of a police station.

Nguyen was arrested again on November 21, 2015, after posting comments on Facebook in support of his cousin and calling for his release. After the arrest, Nguyen was held incommunicado for nine months and denied effective communication with his family. His mother was not allowed to see him in prison despite repeated attempts.

Nguyen’s family hired two domestic lawyers to represent him, however the prosecutor’s office replaced these lawyers with another counsel. The trial was closed to the public and held on August 23, 2016. Nguyen was convicted under Article 88 of the 1999 Penal Code for spreading anti-government propaganda and sentenced to three years in prison.

Nguyen’s family attempted to attend the trial, but police at the courthouse denied the family’s entry by claiming that the family lacked an invitation from the court. Nguyen’s mother had her phone taken away after attempting to record the scene and was forcibly removed from the courthouse and taken to a local commune police station until the trial was over. Eleven activists attempted to travel from Ho Chi Minh City to attend the trial, but were detained by police en route.

Following the trial, Nguyen was immediately placed in a solitary cell. His mother attempted to visit him, but the authorities claimed the province’s police department prohibited visits.

In September 2017, Freedom Now and King & Spalding submitted a petition to the UN Working Group on Arbitrary Detention on behalf of Nguyen. A decision is forthcoming.