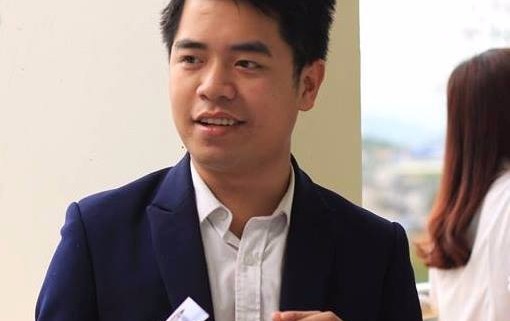 Washington, D.C. – On September 16, 2019, Freedom Now and Dechert LLP filed a petition with the UN Working Group on Arbitrary Detention on behalf of Vietnamese blogger Phan Kim Khanh. Freedom Now and Dechert argue that Vietnam’s continued detention of Phan violates the government’s obligations under the International Covenant on Civil and Political Rights and the Universal Declaration of Human Rights.

“Over the past several years Vietnam has intensified its crackdown on online dissent. The imprisonment of Phan Kim Khanh is emblematic of this troubling deterioration of internet freedoms,” said Freedom Now Program Officer Karl Horberg. “The government’s continued detention of Khanh violates his fundamental human rights including his right to freedom of expression. Freedom Now calls on the Vietnamese government to immediately and unconditionally release Khanh; we are confident that the UN Working Group on Arbitrary Detention will come to the same conclusion.”

On March 21, 2017, the Police Investigation Security Agency of the Thai Nguyen arrested Phan at his workplace. He was never presented with a warrant or informed of the charges against him. The next day he was formally charged with violating Article 88 of the 1999 Penal Code, which prohibits propagating or defaming the Government as well as making, storing, or circulating documents with contents against the Socialist Republic of Vietnam.

After being held for seven months in pre-trial (six months of which were spent incommunicado), Phan’s trial began on October 25, 2017 and lasted only four hours. Strict security prohibited many individuals from attending the trial, of Phan’s family, only his father was allowed in the courtroom. Phan admitted in court to have run the blogs, but said that his main purpose was to fight corruption, and he did not know that reporting on corruption constituted a crime. He was sentenced to six years in prison followed by four years of house arrest.

Phan sought to appeal his conviction a few days after he was convicted, but prison officials refused to submit his request. In February 2019, Phan submitted a complaint regarding the failure of prison officials to forward his mail. Since the complaint, the prison authorities have badly mistreated him and threatened him with solitary confinement or withholding supplies if he does not stop seeking to challenge his conviction. Phan’s health has badly deteriorated since his conviction, in part, due to the mistreatment he is facing in prison.