Oppression by Design: Authoritarian Governance and Obstacles to Human Rights Reform in Eurasia 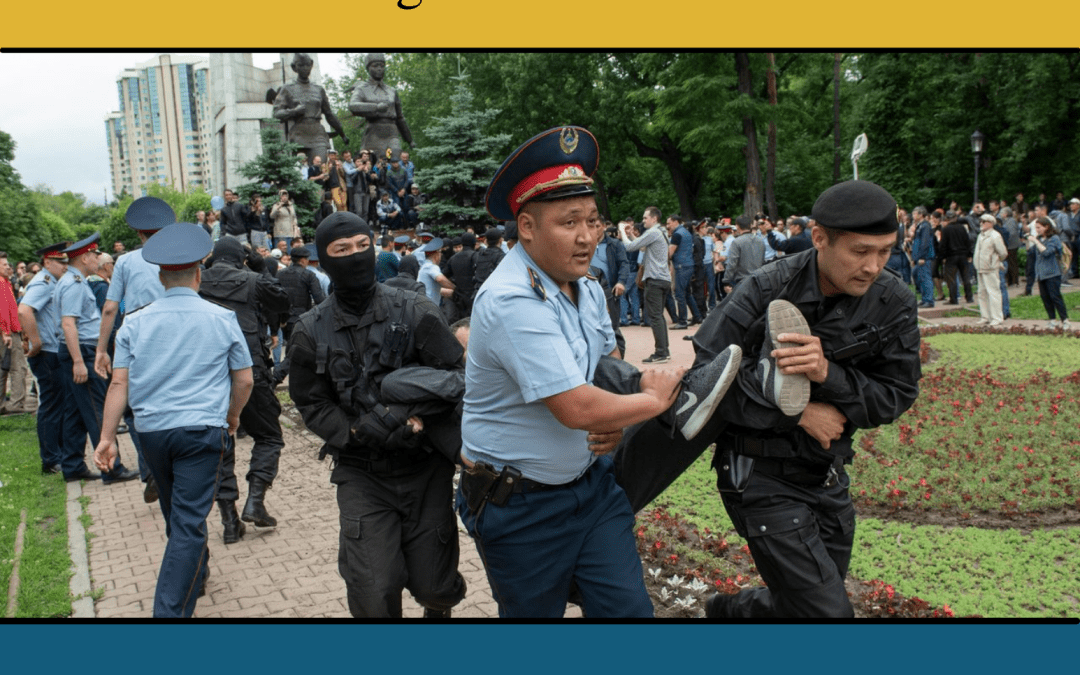 Governments in Eurasia continue to pose considerable obstacles to democratic reform in the former Soviet countries, as recently demonstrated by the forceful response to initially peaceful protests against government corruption in Kazakhstan. Freedom Now examines these obstacles in a new report, Oppression by Design: Authoritarian Governance and Obstacles to Human Rights Reform in Eurasia, which details the political and human rights environment in five countries: Azerbaijan, Kazakhstan, Tajikistan, Turkmenistan, and Uzbekistan. Freedom Now’s research reveals disturbing patterns of repression and worst practice-sharing across the region, amounting to a malign community of practice.

“Rather than reject the Soviet legacy of authoritarianism, the governing elite of Eurasia has spent thirty years embracing and refining it,” said Freedom Now’s Executive Director Maran Turner. “The synchronized repression across the region, in which regimes replicate successful strategies to stifle human rights implemented by their neighbors, is deeply troubling. Moreover, the tacit support of fellow human rights abusers Russia, China, and Turkey has emboldened Eurasian nations to entrench these corrupt and oppressive systems.”

Based on research and interviews with over 40 local activists, journalists, and organizations, the report explores human rights abuses specific to each regime. Through these examinations, five significant regional trends are identified: encroachment on the right to free expression; restriction on the right to freedom of assembly; closing space for independent organizations; retaliation against dissidents and their associates; and weak judicial independence.

The report provides specific recommendations to improve human rights in each country, including revising problematic legislation to bring laws in line with international human rights standards for freedom of assembly and association; ending restrictions on the media and the legal profession; releasing political prisoners; holding perpetrators of torture accountable; ceasing transnational repression; and improving prison conditions.

The report also reviews political, economic, and cultural relationships with Russia, China, Turkey, the European Union, and the United States – all important players – that are crucial to the development of human rights laws and policies in the region. Russia’s influence is significant but not singular. China spends lavishly in Eurasia and Turkey has sought closer ties through its cultural connections and strategic security cooperation. Together, these three powers wield considerable, often competing, influence over the countries of this region. Also important are the varying motivations and interventions of the United States and European Union, whose inconsistent interest and approaches to security, trade, and human rights complicate regional dynamics.

The report concludes that the fall of the Taliban in Afghanistan has brought new urgency to engaging Eurasian nations. Western governments should reject false claims—frequently trotted out in the past—that the path to stability is paved with repression. The U.S. and E.U. should capitalize on the unique benefits their engagement offers and ensure that human rights and rule of law are central, rather than optional, planks of their engagement with governments in Eurasia.