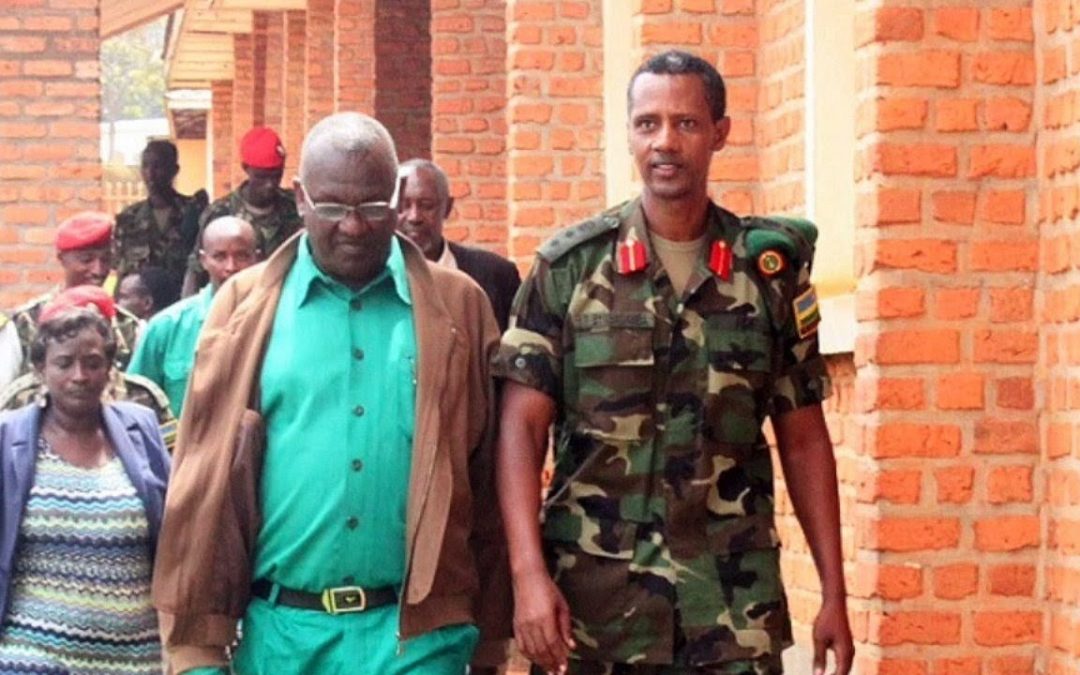 We write to express our deep concern regarding the continued detention of Rwandan citizens Tom Byabagamba and Frank Rusagara.

As you are aware, Mr. Byabagama and Mr. Rusagara are former military officers, who served your administration with honor for decades. The two men were arrested in August 2014 and charged with “spreading rumors”and “tarnishing the image of the country and government.” Mr. Byabagamba was also charged with “concealing evidence” and “undermining the national flag.” The charges appear related to private criticisms Mr. Byabagama and Mr. Rusagara made of the government. Despite Mr. Rusagara being a civilian, the two men were tried jointly in the Kanombe Military High Court. On 31 March 2016, they were convicted on all charges and sentenced to 21 years and 20 years in prison, respectively. Both men appealed their sentences, however that process did not begin until earlier this year and is still ongoing.

We commend Rwanda’s progress over the last three decades, particularly the strides it has made in creating a more inclusive society that has drawn in marginalized populations. However, we are troubled that Rwanda has imposed disproportionate sentences on individuals who are suffering from serious health issues in poor prison conditions.

Humanitarian factors call for Mr. Byabagama and Mr. Rusagara’s release. Both men have already been imprisoned for five years and are reportedly in poor health; Mr. Rusagara suffers from an enlarged prostate and arthritis and Mr. Byabagama has two artificial discs, after having major surgery on his back. The poor conditions they are detained in have exacerbated their health issues.

Furthermore, Mr. Rusagara’s wife unfortunately passed away while he was imprisoned. His young children have been without parents for several years now and do not want to see their father suffer in prison any longer.

Releasing Mr. Byabagama and Mr. Rusagara will demonstrate to the United Kingdom and the world that Rwanda is compassionate towards ill prisoners who have already served lengthy sentences.