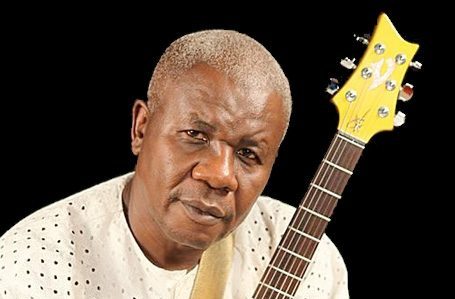 On June 16, 2010, the international legal team for Pierre Roger Lambo Sandjo “Lapiro de Mbanga” filed an urgent action petition with the UN Working Group on Arbitrary Detention on behalf of the Cameroonian singer-songwriter and democracy activist. The legal team hopes to obtain an opinion from the Working Group that the Cameroonian government’s detention of Mr. Mbanga is in violation of the International Covenant on Civil and Political Rights and the Universal Declaration of Human Rights.

The Cameroonian government has detained Mr. Mbanga since April 9, 2008, in violation of both Cameroonian and international law. Mr. Mbanga was accused of encouraging and participating in the mass demonstrations and strikes, which paralyzed the country in February 2008.

The Cameroonian government formally charged Mr. Mbanga with “complicity in looting, destruction of property, arson, obstructing streets, degrading public or classified property, and forming illegal gatherings.” In reality, Mr. Mbanga never engaged in any such conduct, and these charges were immediately dismissed by observers as politically motivated and made in retaliation for Mr. Mbanga’s frequent criticism of the government.

A popular singer in the Cameroonian music scene since the 1980s, Mr. Mbanga is known for using satirical lyrics to criticize corrupt politicians and address social and economic injustice in Cameroon. It is believed that the government arrested Mr. Mbanga because of a song he released five months before his arrest, “Constipated Constitution,” which became wildly popular at the time of the demonstrations. The song criticizes President Biya’s move to secure power indefinitely by eliminating the presidential term limits in the Cameroonian Constitution, and calls on President Biya to step down. The government immediately banned the song.

On September 24, 2008, Mr. Mbanga was convicted and sentenced to three years in prison and a fine of FCFA 280 million (approx. $600,000). Although the trial against Mr. Mbanga was riddled with due process violations, the Appeal Court upheld his conviction and increased the fine. Mr. Mbanga’s appeal to the Supreme Court has thus far been ignored.

Mr. Mbanga is currently held at New Bell prison, also known as “hell on earth”, notorious for its unbearable, unsanitary conditions. Since being detained, Mr. Mbanga’s health deteriorated rapidly due to typhoid, chronic back pains, and respiratory infections conditions. He is the father of four children.