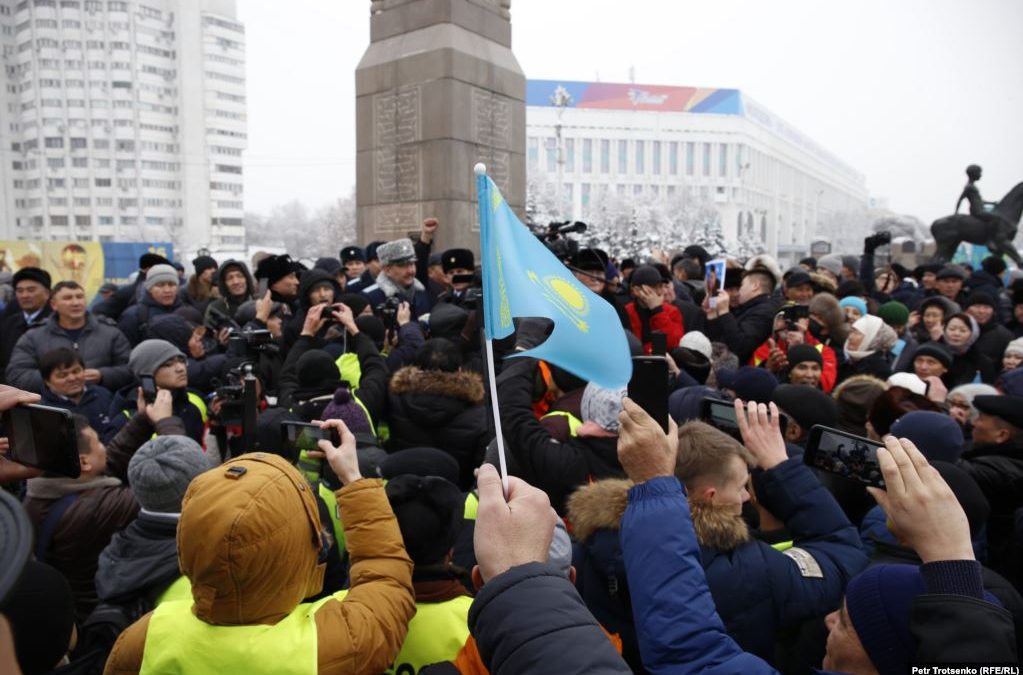 We are writing to you concerning the draft Law on Peaceful Assemblies which was passed by parliament on 23 March and is currently before the senate. The draft Law as it stands falls short of international human rights standards in several important respects which are listed below, and which have already been highlighted by prominent Kazakhstani human rights experts (1), For this reason we join them in calling on you to reopen the public consultation of this document and to seek the advice of international human rights experts while it is still not signed into law. As you are no doubt aware, the right to freedom of peaceful assembly in protected by Article 21 of the International Covenant on Civil and Political Rights (ICCPR), to which Kazakhstan is a state party.

Participating in and organizing assemblies is a right, not a privilege, thus its exercise does not require authorization by the state (2). International law and standards require that in their actions states should be guided by a presumption in favour of holding peaceful assemblies, and that right should not require permission (3). Many types of assembly may not require any notification at all, and notification should only be required to enable authorities to ensure public order, public safety and the rights and freedoms of others, for instance, by diverting traffic or ensuring adequate police presence. The notification process should not be onerous or bureaucratic and the organizers of an assembly should be able to proceed unless there are any objections. Where so called ‘notification’ regimes become de-facto ‘authorisation regimes’ they have been found by the UN Human Rights Committee to be in violation of the right to freedom of peaceful assembly, as protected by article 21 of the ICCPR (4).

Organizers of moving assemblies must “notify” the authorities 10 days before the event, those organizing pickets and static meetings five days with the ID number of the organizer or organizing organization, and details of the chosen special place, nature of the event, goal and number of participants. According to Article 11 of the draft law the local executive branch must respond within three days and if there is no response the organizers can assume that they can go ahead. In the case of moving assemblies such as marches or procession the local executive branch sends a written agreement to the organizers within seven days upon receiving their request. In both cases the organizers must wait until the time limits for consideration by the local authorities are exhausted before they can publicize their events.

These procedures are therefore not in line with international human rights standards in that they are overly bureaucratic and rather than facilitating the right to freedom of assembly they present undue bureaucratic obstacles to that right. Furthermore, the notification regime makes no allowance for spontaneous assemblies, which is required by the right to freedom of peaceful assembly as is binding on Kazakhstan by Article 21 of the ICCPR and is reflected in the OSCE Guidelines (5).

States must ensure that the right to freedom of peaceful assembly is enjoyed equally by everyone without discrimination (6). The OSCE Guidelines specifically state that:

The freedom to organize and participate in public assemblies must be guaranteed to individuals, groups, unregistered associations, legal entities and corporate bodies; to members of minority ethnic, national, sexual and religious groups; to nationals and non-nationals (including stateless persons, refugees, foreign nationals, asylum seekers, migrants and tourists); to children, women and men; to law-enforcement personnel; and to persons without full legal capacity, including persons with mental illnesses (7).

Article 5 of the draft Law openly discriminates against non-citizens and people who have a mental or psycho-social disability by excluding those who have been declared “incapable” by a court. It also requires that organizations should be registered. This could deprive some members of civil society organizations who have been arbitrarily denied registration, of their right to freedom of assembly.

The right to freedom of peaceful assembly applies to publicly accessible space (including, but not limited to, public parks, squares, streets, roads, avenues, sidewalks, pavements and footpaths), and can also apply to inaccessible private land with the consent of the owner. Participants in assemblies have as much right to use public spaces as everybody else and, in fact, public assemblies are a legitimate use of public spaces. The state should seek to facilitate assemblies in the organizer’s preferred location when this is a public space. The principle that public places are a legitimate location for assemblies is not reflected in the draft Law, which on the contrary requires assemblies to be held in special locations designated as suitable for public assemblies by the local authorities. Article 9 of the draft law states that: “Peaceful assemblies are held in locations specifically designated for organising and holding peaceful assemblies. It is forbidden to hold peaceful assemblies in any other location except for pickets.”

The right to freedom of peaceful assembly is a fundamental right that has a critical role to play in allowing participation in public life, and it is therefore important that this draft law should be the result of an open and transparent public discussion with the full participation of civil society. The draft Law has been passed with surprising speed during a state of emergency, and with a lack of scrutiny by independent human rights experts. We urge you to return this document for public consultation so that it can be brought in line with Kazakhstan’s international human rights obligations. We also join with local human rights activists in calling for this draft Law to be sent for review either to the OSCE/ODIHR Panel of Experts on Freedom of Assembly and Association or to the Office of UN High Commissioner on Human Rights, as both have announced their readiness to conduct such a review.

(1) See commentary by Evgeny Zhovtis of the Kazakhstani International Bureau for Human Rights and the Rule of Law, https://bureau.kz/analiz/kommentarii_i_zaklyucheniya/kommentarii_k_koncepcii_o_poryadke_provedeniya_mirnyk h_sobranii/?fbclid=IwAR3miCUeqloLUI2Ku9UojACgyx3CMBoLWJhFH1s2VjfriSrCYcPEkeOY_58

(3) See, for example, OSCE/ODIHR, Guidelines on Peaceful Assembly, https://www.osce.org/odihr/73405?download=true; Joint Report to the Human Rights Council, Special Rapporteur on the rights to freedom of peaceful assembly and of association and the Special Rapporteur on extrajudicial, summary or arbitrary executions on the proper management of assemblies, UN Doc. A/HRC/31/66, para. 21 ; Effective measures and best practices to ensure the promotion and protection of human rights in the context of peaceful protests. Report of the United Nations High Commissioner for Human Rights (2013), UN Doc. A/HRC/22/28.

(5) OSCE/ODIHR and the Venice Commission, Guidelines on Freedom of Peaceful Assembly, 2010, para. 126.

(7) See OSCE/ODIHR and the Venice Commission, Guidelines on Freedom of Peaceful Assembly, 2010, para. 2.5