Kazakhstan on the Human Rights Council: An Opportunity to Fulfill Neglected Promises 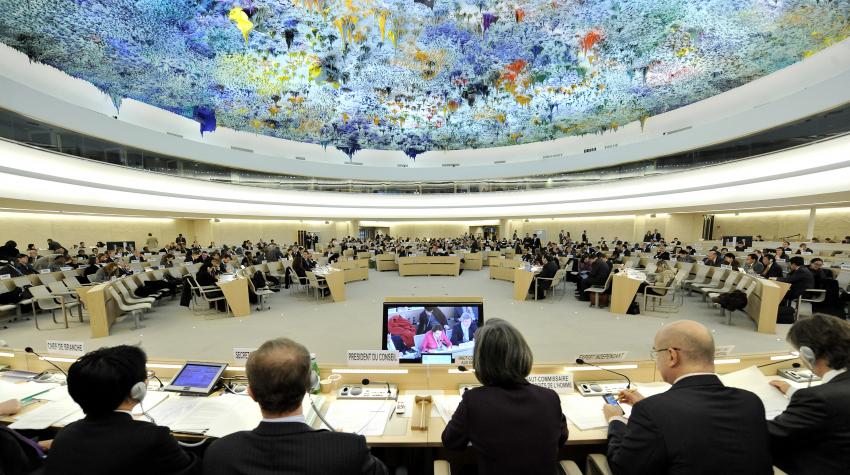 Kazakhstan is running for a seat on the Human Rights Council, the United Nation’s premier human rights institution. Its candidacy is a welcome sign that the country values the Human Rights Council (HRC) and the prestige that membership in the Council confers. The problem is, there is a sizable gap between the government of Kazakhstan’s record on human rights and the demands of the job, in particular, that HRC members “uphold the highest standards in the promotion and protection of human rights.”

Kazakhstan has a long history of bucking human rights standards. It regularly ignores binding rulings by authoritative United Nations (UN) human rights bodies on torture and civil liberties calling for redress for victims and reform. According to a study by the Kazakhstani human rights group Dignity (Kadyr Kasiyet in Kazakh), UN bodies have ruled that the government violated human rights in 49 cases since 2011. In each case, the UN has ordered the government to compensate the victims and make lasting reforms. Unfortunately, Kazakhstan has not complied with any of the rulings against it.

Conceptual artist Kanat Ibragimov participated in two protests against the 2011 killings of striking oil workers in the city of Zhanaozen. He was detained immediately after each protest, and imprisoned each time for short periods. On at least one occasion, he was beaten by police officers, all because he participated in peaceful protests which the authorities arbitrarily deemed unlawful. The UN’s Human Rights Committee found that Ibragimov’s rights had been violated, and ordered the government to make full reparations to him and to take the steps necessary to prevent similar violations from occurring in the future.

Another man, Aleksei Ushenin, was arrested and tortured in an attempt to force him to confess to involvement in a robbery. Authorities threatened to rape and kill him, and subjected him to beatings, cigarette burns, and suffocation by placing a plastic bag over his head. The police also threatened to jail his pregnant wife, who was in fact detained for 15 hours. The UN’s Committee against Torture found that Ushenin was tortured, and that the government refused to investigate the abuse, or hold those responsible for the abuse accountable. The government was again ordered to make reparations and to take steps to ensure that such abuses do not take place again.

Ibrahimov and Ushenin are still waiting for their justice. In these and 47 other cases, the government has not taken steps to repair the damage done to the people whose rights were violated. The reforms requested by the UN to ensure that torture, violations of the freedom of peaceful assembly, and other abuses do not continue have also been neglected.

Kazakhstan’s president, Kassym-Jomart Tokayev, promised reform when he assumed power in 2019, but has instead largely maintained the status quo. Political opposition is non-existent as the government continues to campaign against banned political parties through the misapplication of anti-extremism laws. The government suppresses freedom of expression through vague and overbroad laws intended to prevent “discord” and the spread of false information. The government also tightly regulates peaceful assembly through a new law that fails to meet international standards. Further, lawyers face considerable hurdles in representing victims of government repression, and often face disbarment for working on politically-sensitive cases.

It is clear that Kazakhstan does not uphold the highest human rights standards, and in fact is a serial abuser. Given this record, Kazakhstan seems ill-suited to Human Rights Council membership. And yet, Kazakhstan is assured a win because it is running unopposed. HRC membership offers the Kazakh government an opportunity for prestige. It also offers it the chance to make serious human rights reforms, which will improve its international standing. There is much work for the Kazakh government to do.

First, the government should acknowledge that there are numerous UN rulings that it must abide by, and begin the hard work of implementing those decisions and initiating the reforms called for by the UN.  Passing a law to facilitate implementation of UN rulings would significantly help with this process. Working with civil society in a transparent and inclusive way to develop a plan for compensating victims and implementing lasting reform would be a good second step.

While Kazakhstan’s seat on the HRC is virtually assured, it will only truly earn the honor if it begins grappling with its own poor human rights record and takes its responsibility as a guardian of human rights worldwide seriously.