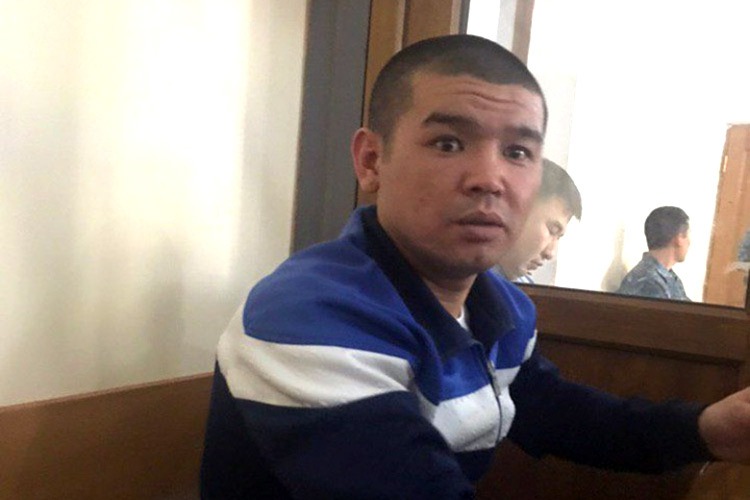 Washington, D.C. – On November 10, 2020, Freedom Now filed a petition with the UN Working Group on Arbitrary Detention on behalf of Kazakh labor activist Erzhan Elshibayev. Freedom Now argues that Kazakhstan’s detention of Elshibayev violates the government’s obligations under the International Covenant on Civil and Political Rights and the Universal Declaration of Human Rights.

“Erzhan Elshibayev’s wrongful detention is indicative of Kazakhstan’s failure to protect the fundamental rights of its citizens. Rather than implement promised reforms, President Tokayev and his government have repeatedly targeted peaceful protestors calling for reform,” said Freedom Now Legal Officer Adam Lhedmat. “We are confident that the UN Working Group on Arbitrary Detention will conclude Elshibayev’s fundamental human rights have been violated, primarily his right to freedom of expression. Freedom Now calls on the Kazakh government to abide by its international commitments and immediately release Elshibayev and all other activists imprisoned in Kazakhstan.”

Erzhan Elshibayev is a resident of Zhanaozen, a city in western Kazakhstan that is the epicenter of a thriving oil industry. However, unemployment in Zhanaozen remains high. Responding to this discontent, Elshibayev organized and lead several peaceful rallies in February and March 2019 to demand the city provide jobs for unemployed residents, especially youth, and increase wages for workers.  During the protests Elshibayev publicly criticized then-president Nursultan Nazarbayev, accusing him of corruption and mismanagement of the state budget.