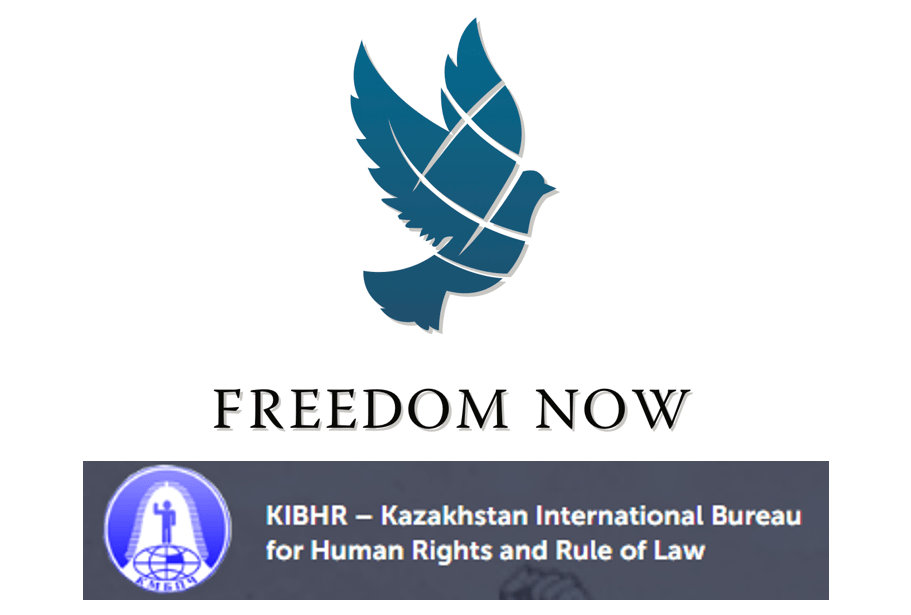 Washington, D.C. – On December 7, 2020, Freedom Now and the Kazakhstan International Bureau for Human Rights filed a petition with the UN Working Group on Arbitrary Detention on behalf of eight Kazakh men imprisoned for their membership in a WhatsApp text messaging group. The two human rights organizations argue that Kazakhstan’s detention of the men violates the government’s obligations under the International Covenant on Civil and Political Rights and the Universal Declaration of Human Rights.

“We are deeply concerned that eight Kazakh citizens have been labeled extremists for simply discussing religion,” said Freedom Now Legal Officer Adam Lhedmat. “The Kazakh government has failed to provide any tangible or convincing evidence to justify lengthy prison sentences for these individuals. We are confident that the UN Working Group on Arbitrary Detention will conclude the fundamental human rights of these eight men have been violated.”

“Kazakhstan has consistently relied on Article 174 of the Criminal Code to broadly criminalize freedom of expression,” said Yevgeniy Zhovtis, the director of the Kazakhstan International Bureau for Human Rights. “The use of the article to imprison these men will have a terrible chilling effect on those who wish to openly express their religious beliefs. We call on the Kazakh government to abide by its international commitments and immediately release the eight members of the WhatsApp group and all other activists imprisoned in Kazakhstan.”

Azamat Umbetaliyev, Beket Mynbasov, Samat Adilov, Zhuldyzbek Taurbekov, Zhasulan Iskakov, Nazim Abdrakhmanov, Ernar Samatov, and Bolatbek Nurgaliyev are practicing Muslims who resided in various regions of Kazakhstan. Prior to their arrests in October 2018, none of the men had a criminal history and many of them had never met each other in person.

In December 2013, Nurgaliyev created a WhatsApp group to share information and engage in discussions concerning Islam. His stated intention was to create a forum to discourage individuals from engaging in terrorist activities, which he opposed. Between 2013 and 2018, the group grew to 171 members and thousands of messages were exchanged.

All eight men were members of the WhatsApp group in October 2018, but the involvement of each varied. A significant portion of activity involved simply sharing articles by Islamic scholars. Some members posted articles and comments more frequently than others. One of the men, Abdrakhmanov, only ever sent one message to the group – a section of text that he copied and reposted from an earlier message. Another man, Adilov, only joined the group 12 days prior to his arrest and never presented his own opinions or analysis.

Kazakhstan’s National Security Committee (KNB) first obtained messages from the WhatsApp group as early as August 2018. In September 2018, the KNB commissioned an expert analysis of texts, which concluded the messages showed “signs of agitating of religious discord.” A second expert determined the messages propagated “religious-radical views.” A criminal case was opened on October 18, 2018 after the KNB received a written statement from an anonymous source who claimed participants in the group actively discussed “religious topics.”

On October 27 and 28, 2018, KNB officers arrested seven of the eight men either at their homes or at public locations near their residences. In the case of Umbetaliyev, officers lured him outside of his home under the pretense that they wished to discuss some religious matters with him. Umbetaliyev was then assaulted by a group of plainclothes officers who pushed him into one of the eight cars that the officers arrived in. Similarly, Nurgaliyev, was lured to a nearby market under the pretense of a potential business transaction. Once Nurgaliyev arrived at the market, masked men seized him. The eighth man, Adilov, was later arrested when he sought to testify to KNB officers that the WhatsApp group was only used for religious discussion.

On February 18, 2019, all eight men were charged under Article 174 of the Kazakh Criminal Code for inciting social, national, clan, racial or religious discord. The indictment claimed that because the WhatsApp group’s founder, Nurgaliyev, is a Salafi Muslim and because groups following similar ideology have conducted terrorist activities, the WhatsApp group therefore promoted terrorism. Four of the men, including Nurgaliyev, were also charged under Article 256 of the Criminal Code, which prohibits promoting terrorism.

The trial of the eight men officially began on March 12, 2019 and spanned for the next five months. Over the course of the trial, the prosecutor’s office sent four successive prosecutors to try the government’s case. The government presented no evidence that any members of the group advocated, encouraged, or condoned acts of terrorism. The only connection made between the petitioners and terrorism was the allegation that their denomination of Islam was Salafism.

As of December 2020, none of the other 162 members of the WhatsApp group have been arrested, indicted, or tried in relation to their membership in the group.