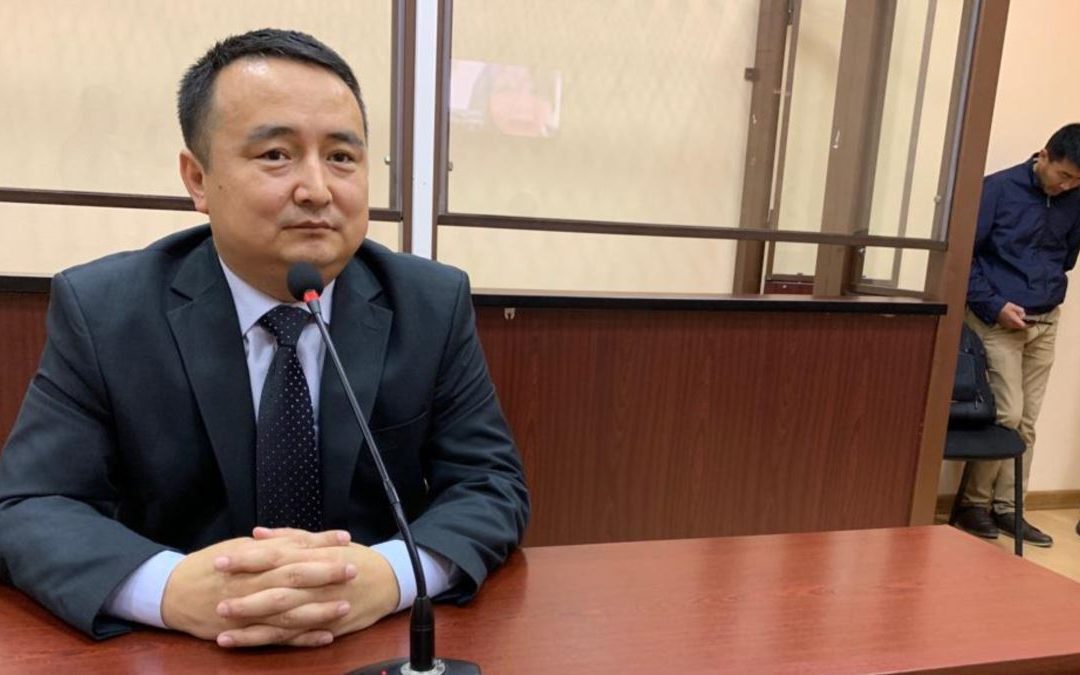 Washington, D.C. – Freedom Now is pleased to announce Serikzhan Bilash was released from house arrest on August 16, 2019. Bilash was arrested in March 2019 and faced seven years in prison over his advocacy regarding detention camps in China.

“We are grateful that Serikzhan Bilash has been reunited with his family,” said Freedom Now Program Officer Karl Horberg. “However, we are dismayed that Bilash was coerced into accepting guilt over politically motivated charges clearly designed to curtail his vociferous opposition to the detention of ethnic Kazakhs, Uyghurs, and other ethnic minorities in the Xinjiang region. The disproportionate restriction on his fundamental rights, including a seven year ban on his activism, are yet another stain on Kazakhstan’s human rights record.”

In the four months he has been held under house arrest, government officials have visited him over 20 times. The officials have attempted to coerce Bilash into making various written and video-recorded statements. At one point, police asked Bilash to stop raising the issue of ethnic Kazakhs detained in Xinjiang. The officials have also threatened Bilash and his family with physical harm. On one occasion, officers brought along a photograph of Bilash’s aunt, who currently resides in China, to make him aware that the government knows the identity of his family members.

Bilash’s trial was initially set to begin on July 29, 2019. After a brief hearing, the court ruled that proceedings must be conducted in Almaty, where the alleged crime took place. The trial resumed on August 16. As hundreds of protesters gathered outside the building to show their support for Bilash, the activist was coerced into signing a plea agreement without his lawyer present. The agreement bars Bilash from leaving Almaty for three months and bans him from conducting activism for seven years.

On July 29, 2019, Freedom Now filed a petition with the UN Working Group on Arbitrary Detention on behalf of Bilash. Freedom Now argued that Kazakhstan’s continued detention of the activist violates the government’s obligations under the International Covenant on Civil and Political Rights and the Universal Declaration of Human Rights, and urged the UN Working Group to take immediate action.