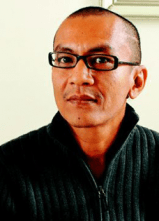 Washington – Today, the Government of Myanmar canceled American Nyi Nyi Aung’s trial date for unexplained “health reasons” and continues to deny the U.S. Embassy consular access to visit him. He has been on a hunger strike to protest the conditions of political prisoners in Myanmar since Friday, December 4. There are reports that his health is seriously deteriorating.

Under Article 36(1)(c) of the Vienna Convention on Consular Relations “consular officers shall have the right to visit a national of the sending State who is in prison, custody or detention, to converse and correspond with him and to arrange for his legal representation.”

Freedom Now President Jared Genser stated: “We are gravely concerned for Mr. Aung’s health and welfare. The Myanmar junta must provide the U.S. Embassy with immediate access to Mr. Aung. And we call on the United States government to do everything possible to persuade the junta to provide this access.”

Nyi Nyi Aung, a well-known democracy activist, was arrested by the Myanmar authorities on September 3, 2009. He was attempting to visit his mother, also an imprisoned democracy activist, who has cancer. Mr. Aung, who was initially accused of national security violations, is now accused of using a forged Myanmar national identity card, despite being the holder of an American passport. He is also accused of failing to declare currency at customs, although he was arrested before entering customs. He is currently on trial for these violations, which are pre-textual, and is being detained in Myanmar’s notorious Insein prison.

During his first two weeks of his detention, Burmese authorities tortured Mr. Aung. He was deprived of food and sleep, beaten, and denied medical treatment. Mr. Aung was also illegally deprived of his right to U.S. consular access. He is also being denied his rights under Myanmar law to a public trial and regular access to counsel.