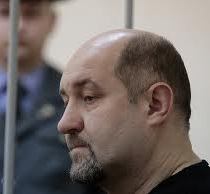 Zmister Bandarenka is a journalist, civil society leader, and member of the political opposition in Belarus. Authorities arrested Bandarenka during the post-election crackdown in December 2010. On April 27, 2011, a Minsk court sentenced Bandarenka to two years’ imprisonment on charges of organizing and participating in a breach of public order. The government pardoned Bandarenka on April 15, 2012.

During the 2010 presidential elections, Bandarenka served as a primary advisor to opposition presidential candidate Andrei Sannikov. After the presidential polls closed on December 19, 2010, tens of thousands of Belarusian citizens gathered to demonstrate in downtown Minsk. After a small group of unknown individuals away from the main crowd attempted to enter a government building, police violently dispersed the demonstration, severely beating many people and arresting over 700, including six of the seven opposition candidates.

Police arrested Bandarenka on December 20, 2010, at his home in Minsk. Charged under Article 342 with organizing or participating in actions that breach the public order, the judge sentenced Bandarenka to two years in prison on April 27, 2011.

While in detention, Bandarenka experienced a serious injury to his spinal cord, later determined to be a number of herniated intervertebral disks and spinal nerve entrapments. However, for five months the Belarusian State Security Agency (KGB) did not allowBandarenka to meet with a specialist. Although the Interior Affairs Ministry finally allowed him to meet with a neurologist—who diagnosed the problem and indicated thatBandarenka urgently needed surgery—he did not undergo surgery until an international outcry over his treatment. Despite surgery on July 26, 2011, Bandarenka’s health continued to deteriorate in prison.

Freedom Now and Hogan Lovells filed a petition in December 2011 with the UN Working Group on Arbitrary Detention on behalf of Bandarenka.

In May 2012, 28 members of the U.S. of House Representatives sent a letter to the International Ice Hockey Federation urging it to move its 2014 World Hockey Championship from Minsk, Belarus due to its continued imprisonment of Bandarenka and other opposition politicians.

Bandarenka was pardoned on April 15, 2012, after nearly 16 months in detention. He continues to have medical problems as a result of his imprisonment.