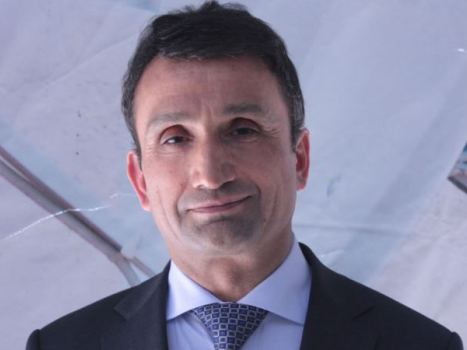 Zayd Saidov is a well-known businessman and former Tajikistan government official. He was arrested in May 2013 and is currently serving a 29 year sentence on charges designed to disrupt his creation of an opposition party.

Over his career, Saidov was involved in a number of business entities, spanning construction, textiles, jewelry, and real estate. From 1993 until 1999 he was the director-general of the Moscow-based Joint-Stock Company Khalif. Saidov was named Tajikistan’s Minister of Industry in 2003 and served in that role until 2007. After he left this post, he served in various positions, such as Chairman of the Association of Entrepreneurs and Producers of Tajikistan, the Head of Coordinating Council of Business and Public Associations of Tajikistan, as well as on the Dushanbe City Council, a position he was holding when he was arrested in May 2013.

In early 2013, Saidov organized a committee of businessmen, political scientists, and former public servants to discuss the creation of the New Tajikistan Party, anew opposition party. On April 6, 2013, Saidov announced the creation of New Tajikistan Party, along with plans to participate in the upcoming parliamentary elections. Shortly after the announcement, Saidov received a message threatening his life if he did not keep out of politics.

While Saidov was abroad in France in May 2013, police raided his house. On May 19, 2013, Saidov returned from France and was arrested without a warrant immediately after he stepped off of the plane. He was held for 35 hours upon his arrival. On May 20, the Dushanbe City Council held an emergency vote to strip him of his position and immunity.

Saidov was charged with five crimes in the Tajik Criminal Code: “bigamy or polygamy” (Article 170), “illegal deprivation of an individual’s freedom” (Article 131), rape (Article 138), fraud (Article 247), and bribery (Article 319). The court ordered Saidov to be kept in pre-trial detention until September 2013. During his detention, Saidov’s confidential access to his attorney was extremely limited.

The trial was plagued with procedural irregularities and blatant violations. In the days after his arrest, propaganda slandering Saidov was distributed in the form of news stories on television and flyers handed out in the streets. The trial itself was closed to the public, even though Tajik law dictates that media and the public should have access to the proceedings. The judge denied numerous motions on evidence in favor of the prosecution.

Saidov was convicted on all five charges on December 25, 2013 and sentenced to 26 years in prison. In May 2014, the Supreme Court rejected his appeal. The UN Human Rights Committee has found that this trial was in violation of international law and has called for Saidov’s release.

In October 2014, prosecutors brought new charges against Saidov, forgery, abuse of office, embezzlement, and tax evasion. He was convicted of these charges in August 2015 and three years were added to his sentence. This trial was also closed to the public. This additional conviction added three years to his sentence; he is currently serving 29 years in prison.

Freedom Now, along with partners Civil Rights Defenders, Human Rights Watch, and the Norwegian Helsinki Committee, have called on the UN Secretary-General and the European Union to raise Saidov’s case.