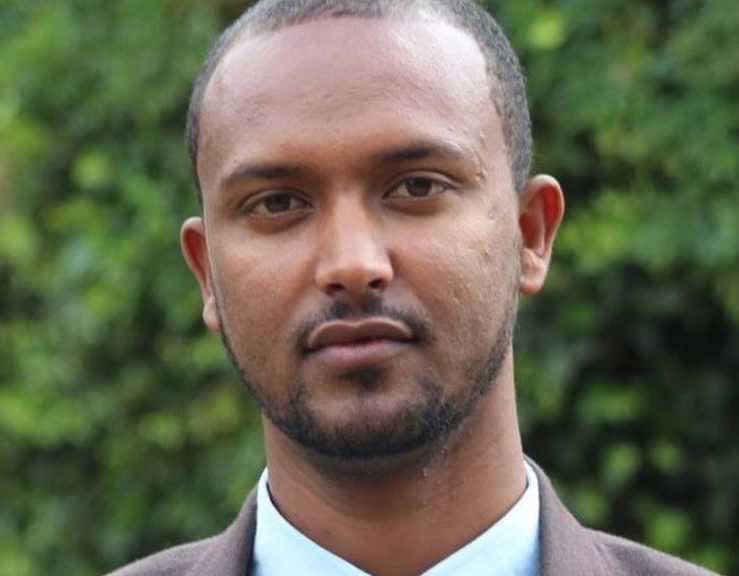 Tesfaye is the official spokesperson and the youth affairs head for the Blue Party, an opposition political party that promotes nonviolent social and political change and unity among ethnic, religious, regional and linguistic lines. In 2015, he was one of the party’s candidates for a seat in parliament. During his campaign, he was interviewed by NPR for an article where he is quoted as saying that the Blue Party’s goal is to become an “umbrella for people to voice their discontent.”Tesfaye was arrested in December 2015, however, he was not officially charged until March 2016. During his pre-trial detention he was kept incommunicado, abused, beaten, and kept in solitary confinement. Tesfaye was forced to sign a false confession during this time.

The eventual charge against Tesfaye, which came under the controversial Anti-Terrorism Proclamation (ATP), was for inciting terrorism. The prosecution’s evidence was eleven pages of Facebook posts Tesfaye made dating back to 2008 in which he commented on a number of topics, including condemnations of the killing of Oromo students by the Ethiopian authorities, and calls for the protests to lead to a transitional government. The evidence presented to the court was summaries of these posts, not direct quotations.

Tesfaye was released from prison on March 5, 2018.