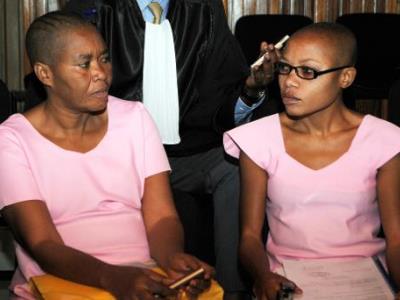 Saidati Mukakibibi was a journalist for the independent, Kinyarwanda-language newspaper, Umurabyo, in Rwanda. Rwandan authorities arrested Mukakibibi in July 2010 along with her editor, Agnes Uwimana Nkusi, and sentenced her to seven years in prison under the country’s genocide ideology and sectarianism laws. On April 5, 2012, her sentence was reduced to three years in prison. She was released upon completion of her sentence on June 25, 2013.

Government authorities arrested Mukakibibi on July 9, 2010, after she wrote several articles critical of the Rwandan government and President Paul Kagame that were published in Umurabyo. Rwandan High Court charged Mukakibibi with endangering national security under Article 166 of the Penal Code. Prosecutors initially requested a 12-year sentence, but she was ultimately sentenced to seven years in prison. On April 5, 2012, the Supreme Court upheld Mukakibibi’s conviction for endangering national security; however, her sentence was reduced from seven to three years in prison.

In recent years, human rights organizations have documented a trend in Rwanda of detaining journalists and government critics on charges, such as genocide ideology/denial and sectarianism. Although Rwanda’s genocide ideology and sectarianism laws purport to prohibit hate speech, the government has been accused of utilizing the very vague and overly broad legislation in order to silence legitimate dissent. Numerous human rights organizations have condemned Mukakibibi’s arrest and conviction and have stated that the articles published in Umurabyo do not constitute hate speech.

Mukakibibi was released from prison after completing her three-year sentence on June 25, 2013.

Freedom Now represented Mukakibibi as her international pro bono legal counsel along with counsel from the international law firm Hogan Lovells US LLP.