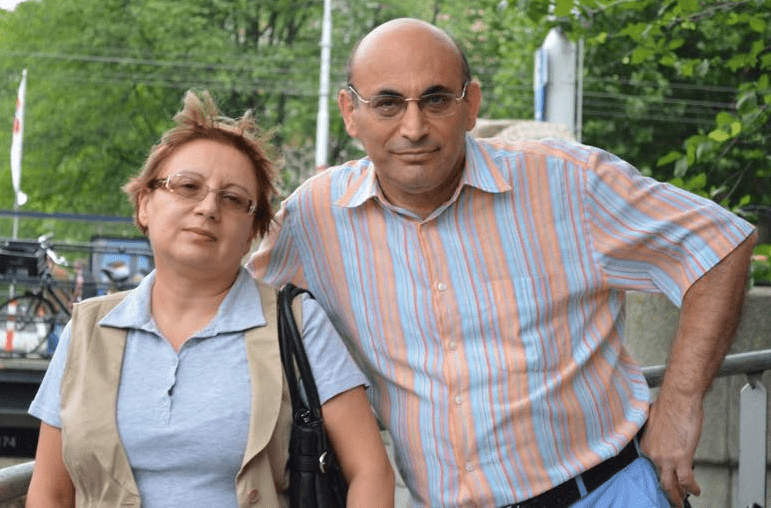 Leyla Yunus is a longtime Azerbaijani activist and human rights defender who was arrested on July 30, 2014 and charged with tax evasion, abuse of authority, and illegal business activities. Authorities also arrested Leyla’s husband, the academic and activist Arif Yunus who was initially released on bail because of ill-health but was subsequently re-detained on August 5, 2014. The couple also face the charge of treason for their work promoting peace between Armenia and Azerbaijan.

Leyla Yunus is a long-time leader in civil society in Azerbaijan. She is the director of the Institute for Peace and Democracy, a Baku-based organization that promotes human rights and regional peace. In this work, she has focused on forced evictions, political prisoners, and building “people-to-people” relationships between citizens of Azerbaijan and Armenia. Before her arrest, Leyla worked with fellow prisoner of conscience Rasul Jafarov to develop a comprehensive list of Azerbaijani political prisoners, which included approximately 100 cases. A longtime critic of government policies going back to the Soviet era, Leyla has been the target of reprisals in the past. In 2011, authorities bulldozed the offices of the Institute for Peace and Democracy hours after her work was chronicled in the New York Times.

Arif also works with the Institute for Peace and Democracy, where he headed the organization’s work on conflict studies and migration. Arif, like his wife, was trained as a historian and has worked to promote fundamental rights in Azerbaijan for decades.

The prosecution of Leyla and Arif is part of the much broader crackdown on civil society activists and human rights defenders in Azerbaijan. As in other cases, the government has relied on the misuse of a series of charges under the Criminal Code, including tax evasion (Article 213), illegal business activities (Article 192), and abuse of authority (Article 308.2). Because the Institute for Peace and Democracy seeks a peaceful resolution to Azerbaijan’s conflict with Armenia, the government also added charges of treason (Article 274), fraud (Article 178.3.2), and forgery (Article 320). The fraud and forgery charges were dropped on December 9, 2015. Both the Yunuses suffer from serious health conditions –Leyla from diabetes and Arif from hypertension –and local advocates have reported that they did not receive adequate medical treatment.

On August 13, 2015, Leyla and Arif were convicted of tax evasion, abuse of authority, fraud, forgery, and illegal business activities and sentenced to seven years and eight and one-half years, respectively.

Freedom Now brought international attention to the Yunuses’ case by joining in multiple letters with NGO partners through Sport for Rights and other coalitions, joining in a letter to then-Secretary of State John Kerry, preparing a third-party intervention to the European Court of Human Rights, issuing a comprehensive report on the legal strategy the government used against the couple and their fellow activists, preparing a report to the UN Human Rights Council prior to Azerbaijan’s universal periodic review, publishing an op-ed in the Houston Chronicle.

In July 2015, 16 U.S. Senators sent a letter to the President of Azerbaijan requesting the Yunuses’ release.

In November 2015, authorities released Arif into house arrest. On December 9, 2015, Leyla was released and her sentenced was commuted to five years probation.

In April 2016, the Supreme Court allowed the couple to travel abroad for medical treatment.

Shortly afterwards they left for the Netherlands where they remain today. Unfortunately, they still remain victims of government harassment.