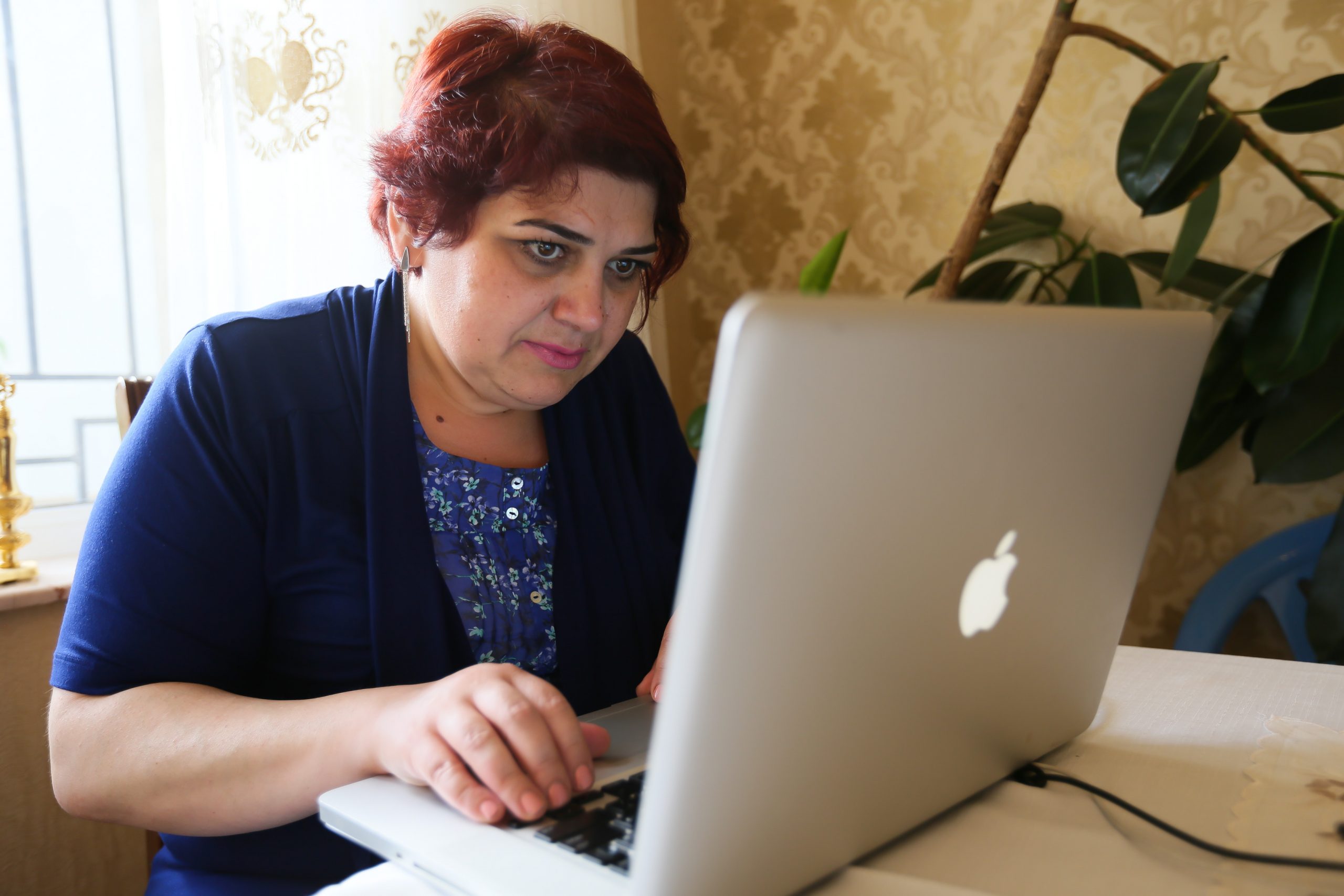 Khadija Ismayilova is a journalist who was sentenced to seven and one-half year prison sentence on politically motivated charges of tax evasion, embezzlement, illegal entrepreneurship, and abuse of power.

Ismayilova is an award-winning investigative reporter who began her career in journalism in 1997. She served as the head of the Azerbaijani service of Radio Free Europe/Radio Liberty between 2008 and 2010 and later as a contributor and radio host. Between 2010 and 2012, she gained international attention for her reporting on the corrupt practices and business dealings of President Ilham Aliyev and his family.

On December 5, 2014, authorities arrested Ismayilova and accused her of inciting the attempted suicide of a friend and former colleague. The day before the arrest, the Head of the Presidential Administration, Ramiz Mehdiyev, issued a 60-page document that accused Radio Free Europe/Radio Liberty employees of treason and specifically singled out Ismayilova as the “best example.”

Azerbaijani authorities brought additional charges of illegal business activity, tax evasion, abuse of office, and embezzlement on February 13, 2015. In April 2015, Ismayilova’s accuser sought to drop the charges of inciting suicide, claiming he was intimidated by the authorities into making that accusation. However, the court refused to grant Ismayilova’s lawyer’s request to dismiss the charges.

On September 1, 2015, Ismayilova was convicted of illegal business activity, tax evasion, abuse of office, and embezzlement and sentenced to seven and one-half years in prison. She was acquitted of the charges related to inciting suicide. The trial was marred by several procedural irregularities, including the barring of independent observers and the denial of several defense motions, including a request that the court allows defense counsel more time to prepare for the trial. Numerous human rights organizations and governments have criticized the proceedings and the harsh sentence.

In May 2015, Ismayilova was awarded the PEN/Barbara Goldsmith Freedom to Write Award in recognition of her tireless work to combat corruption and defend freedom of expression in Azerbaijan. In May 2016, Ismayilova received the UNESCO/Guillermo Cano World Press Freedom Prize 2016.

Freedom Now brought international attention to Ismayilova’s case by joining in multiple letters with NGO partners through Sport for Rights and other coalitions, joining in a letter to then-Secretary of State John Kerry, issuing a comprehensive report on the legal strategy the government used against Ismayilova and her fellow activists, a third-party intervention with the European Court of Human Rights, preparing a report to the UN Human Rights Council prior to Azerbaijan’s universal periodic review, and publishing an op-ed in the Houston Chronicle.

In July 2015, 16 U.S. Senators sent a letter to the President of Azerbaijan requesting Ismayilova’s release.

On May 26, 2016, the Supreme Court ordered Ismayilova to to be released and commuted her sentence to three and one-half years’ probation. Freedom Now and others have called for her conviction to be quashed.