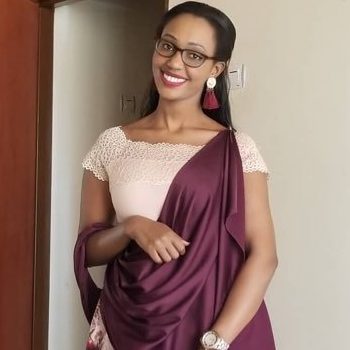 Jacqueline Umuhoza is a dual Rwandan and Ugandan national currently facing charges of treason and espionage.

Umuhoza is the daughter of a prominent Rwandan pastor, Bishop Deo Nyirigira. A former member of the ruling Rwandan Patriotic Front, Bishop Nyirigira established more than 30 churches in Rwanda after the 1994 genocide. He eventually fled to Uganda with his family in March 2001 to escape persecution by the Rwandan government. Umuhoza and her two sisters were raised in Uganda and returned to Rwanda in adulthood for work.

The Rwandan government’s campaign of harassment and intimidation against Umuhoza and her sisters began two years before her arrest. In December 2017 and January 2018, the three women were subjected to a series of lengthy interrogations by local police. The officials insisted Bishop Nyirigira is a member of the militant Rwandan National Congress, despite his repeated denials of any affiliation with the group. The police instructed the women to tell their father to cease his activities, threatening Umuhoza and her sisters if their father did not comply. The harassment and interrogations continued throughout 2018, culminating in all three women being fired from their jobs and the confiscation of their identification documents and passports.

On November 27, 2019, men in civilian clothes abducted Umuhoza as she was leaving a hair salon in Kigali. Later that evening, police officers raided her home and arrested her sisters. The officers interrogated the sisters throughout the night and released them in the morning without bringing charges against them. The next day the official Twitter account of the Rwanda Investigation Bureau issued a statement that Umuhoza was arrested on “charges of treason and espionage.” This was the first official recognition Umuhoza was detained.

Umuhoza’s sisters and attorney made numerous attempts to visit her in detention but were persistently denied, often without reason. They were eventually allowed to meet briefly on December 8, 2019 at the Metropolitan Police Headquarters in Kigali. Umuhoza was driven to the location blindfolded and was unable to identify the location where she is being held.

Although her legal counsel filed for Umuhoza to appear before a judge, there have been no hearings in her case or presentation before a court. As of February 2020, there has been no formal indictment released against her or description of the charges other than the tweet from the Rwandan Investigation Bureau and state-controlled news agencies claiming that she was a spy. She was released in March 2020, however, the charges still remain pending and she cannot leave Kigali.

Freedom Now has brought international attention to this case by preparing a report for the UN Human Rights Council prior to Rwanda’s universal periodic review in 2021.