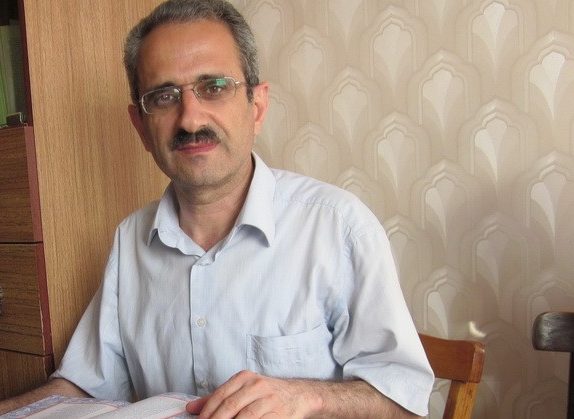 Hilal Mammadov is an Azerbaijani editor and minority rights activist who was arrested on June 21, 2012 and sentenced to five years in prison on fabricated charges. The government charged Mammadov—an active member of the ethnically Iranian Talysh minority group—with drug possession, treason, and inciting hatred. International rights groups have widely dismissed the charges against him as politically motivated and called for his release.

Prior to his arrest, Mammadov served as the chief editor of the Talyshi Sado (Voice of the Talysh), Azerbaijan’s only Talysh-language newspaper. Mammadov’s predecessor at the newspaper was himself imprisoned on espionage charges and died in 2009 after receiving a 10-year sentence. In his role as editor and activist, Mammadov spoke-out publicly in support of Talysh rights and was critical of what he considered a government that discriminates against non-Turkic minority groups in Azerbaijan.

In May 2012, Mammadov received considerable attention after he posted a video online that featured individuals singing a traditional Azerbaijani meykhana during a wedding in his home town. The song included the repeated use of the phrase “Who are you? Come on, goodbye,” which was adopted by opposition protesters in Russia. After the video went viral, a Russian film crew interviewed Mammadov about the history of the song. Mammadov also invited the television crew to attend a Talysh folklore party on June 13, 2012—which Azerbaijani authorities had warned him to cancel. During the event, Mammadov criticized the government’s handling of the 2012 Eurovision song contest and highlighted the marginalization of the Talysh people.

Eight days later, on June 21, 2012, a number of plain-clothed individuals forced Mammadov into an unmarked car, striking him in the legs and punching him in the chest until he lost consciousness. Thereafter, authorities repeatedly threatened him; punched him in the head, face, and chest; and insulted him regarding his political views and ethnic identity.

Police claimed to have found drugs during the arrest and a subsequent search of Mammadov’s home—neither of which was conducted with a warrant. During the search, one officer reportedly asked Mammadov’s father, “[w]hy was your son defending Talysh people? Did he not know how it can end up?” In addition to drug charges, the government accused Mammadov of treason and “incitement of national, racial, or religious hatred.”

In his closing statement, Mammadov’s lawyer pointed to a number of procedural violations during the trial and noted that the government’s true motivation for the arrest was Mammadov’s activism. However, the court convicted Mammadov and sentenced him to five years in prison on September 27, 2013.

The use of fabricated drug charges in this case closely fits a recent pattern of Azerbaijani authorities using spurious weapons and narcotics prosecutions to silence peaceful activists. A number of international human rights organizations have specifically criticized the charges against Mammadov and called for his release, including Article 19, Human Rights Watch, Amnesty International, Front Line Defenders, the Committee to Protect Journalists, and Reporters Without Borders.

In January 2014, Freedom Now filed a petition with the UN Working Group on Arbitrary Detention on Mammadov’s behalf. In November 2014, the Working Group found Mammadov’s detention to be arbitrary and called for his immediate release.

In February 2016, the European Court of Human Rights ruled that Mammadov suffered inhuman or degrading treatment during his detention and ordered the Azerbaijani government to pay compensation in the amount of €15,500.

Freedom Now brought international attention to Mammadov’s case by joining in multiple letters with NGO partners through Sport for Rights and other coalitions, preparing a report to the UN Human Rights Council prior to Azerbaijan’s universal periodic review, and publishing an op-ed in the Houston Chronicle.

On March 17, 2016, Mammadov received a presidential pardon and was released from prison.