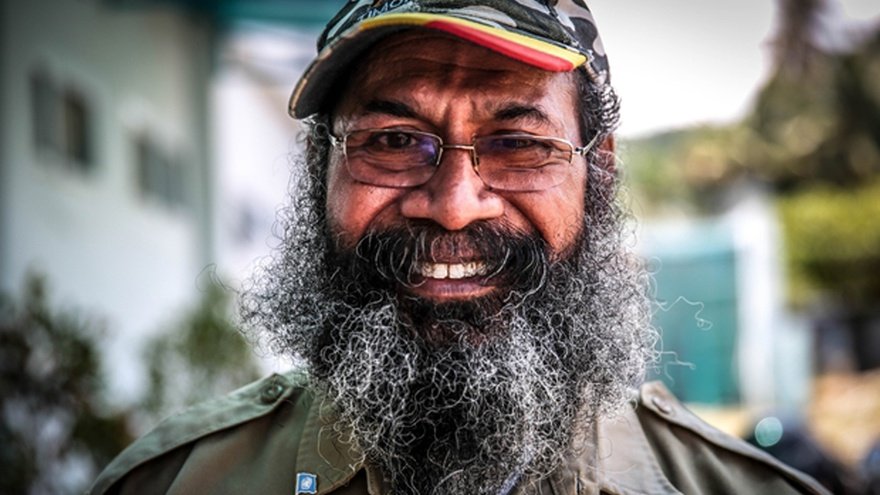 Filep Samuel Karma was a prominent Papuan political activist and former Indonesian civil servant who was sentenced to 15 years in prison for raising a banned flag at a 2004 political rally.

Karma was arrested on December 1, 2004, for organizing and participating in a ceremony at Trikora Field in Abepura, Paupa, at which several hundred Papuans gathered to raise the Papuan Morning Star flag and celebrate the anniversary of the 1961 Papuan declaration of independence from Dutch rule. Although Karma has explicitly denounced the use of violence, he was arrested and charged with treason. He was sentenced in May 2005 to 15 years in prison. His wrongful arrest, detention, and trial violate Indonesian law and Indonesian obligations under international law.

Karma was previously the victim of wrongful arrest and detention on similar charges in 1998. The United Nations Working Group on Arbitrary Detention in 1999 condemned the imprisonment of Indonesian citizens for such expressive activity, singling out flag-raising in particular. The Working Group also specifically referred to Karma’s detention as “arbitrary” under international human rights law.

Karma was detained in a prison in Abepura in Papua and has suffered from ill-health. He was denied necessary medical attention and was denied needed prostate surgery for nearly a year. His case was highlighted in an op-ed written by his daughter in the Wall Street Journal.

Numerous organizations have cited Karma’s wrongful detention, including Human Rights Watch and Amnesty International, which has designated Karma a prisoner of conscience. In addition, numerous members of the U.S. Congress have called for his release, and the U.S. State Department has cited Karma’s status as a political prisoner. A bipartisan group of 26 members of the U.S. House of Representatives called for Karma’s release in August 2011. Six members of the House later called on then-Secretary of State John Kerry to raise the case during his trip to Indonesia in June 2015. Freedom Now later followed up with its own letter to Indonesian President Joko Widodo.

Freedom Now and Hogan Lovells filed a petition with the UN Working Group on Arbitrary Detention in May 2011 on Karma’s behalf. The Working Group determined in November 2011 that his detention violated international law.

Karma was released from prison on November 19, 2015, four years before the end of his sentence. Not long after his release, Freedom Now presented the UN Human Rights Council with a report on human rights in Indonesia prior to its universal periodic review.

In November 2022, Karma passed away in an apparent diving accident.