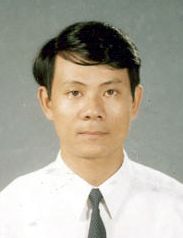 Dr. Pham Hong Son is a Vietnamese physician and businessman who was arrested on March 27, 2002, after translating an article into Vietnamese titled, “What is Democracy?” from the U.S. Embassy in Vietnam’s website and sending it to friends and senior party officials. Dr. Son was freed on August 30, 2006.

Freedom Now filed a petition in August 2006 with the UN Working Group on Arbitrary Detention on Dr. Son’s behalf.