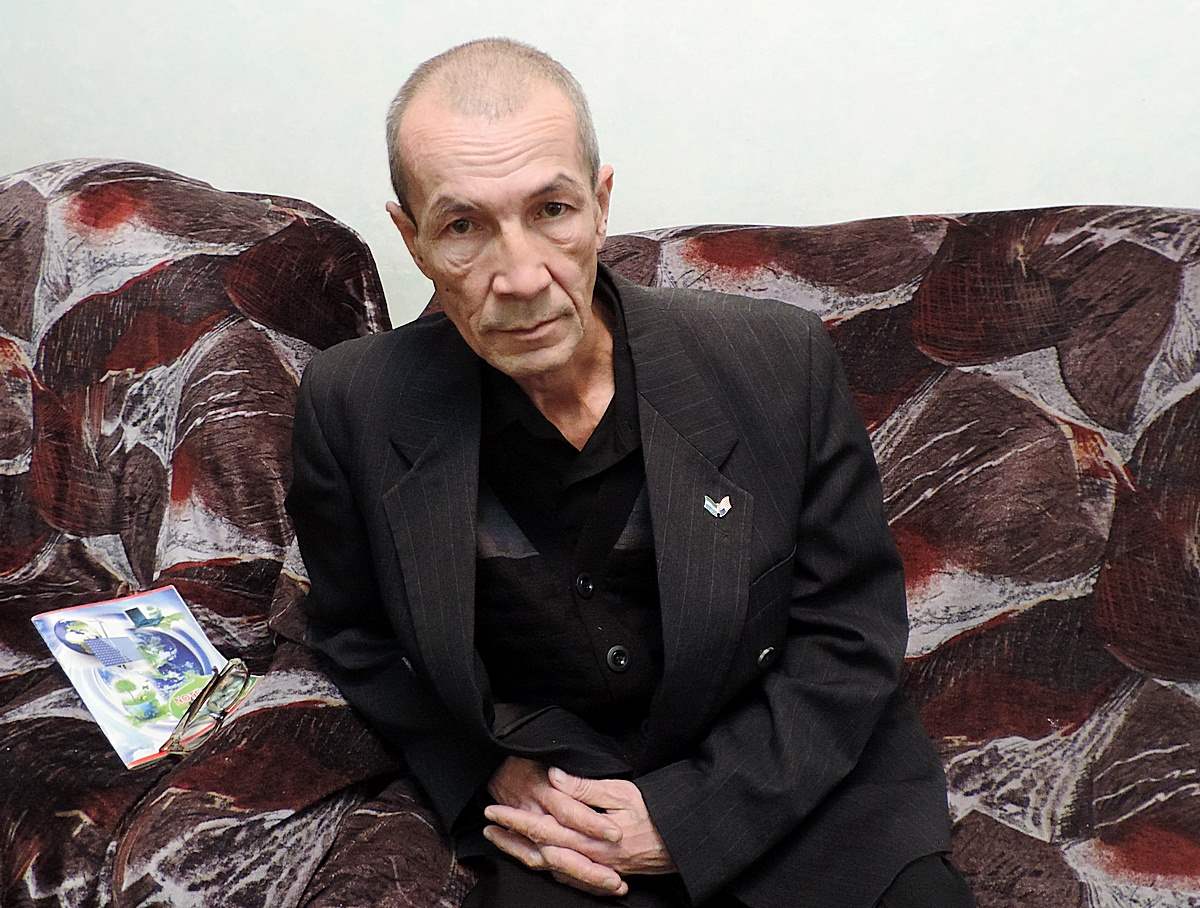 Dilmurod Saidov is a prominent Uzbek journalist and human rights activist who was wrongly detained in Uzbekistan from 2009 until 2018 on fabricated extortion and forgery charges. Prior to his detention, his articles appeared in many local newspapers and were published by Internet news agencies such as Voice of Freedom and Uznews.net.

Saidov was a member of the human rights organization Ezgulik and has been defending farmer’s rights against government corruption in Samarkand since 2004. As a journalist, Saidov has written many critical articles about the government, accusing authorities of corruption and asserting that their corrupt dealings are impoverishing the region’s farmers.

Saidov was arrested on extortion charges on February 22, 2009, on the basis of a statement made by a head of the Agricultural Equipment and Tractor Park in Samarkand who claimed that Saidov had sought to extort US$15,000 from him. Authorities added a second charge of extortion in March and a charge of forgery in April.

The investigation and trial were plagued with inconsistencies and violations of fair trial standards. Before and during the trial, several witnesses rescinded their testimony against Saidov and reported that they had been pressured to make false allegations against him. Furthermore, court hearings were repeatedly conducted without notice to Saidov’s defense lawyer. Despite these procedural deficiencies, on July 30, 2009, Saidov was convicted and sentenced to twelve and a half years in prison. Saidov’s conviction has been upheld twice on appeal and the Supreme Court has dismissed his request for review.

Saidov suffers from acute tuberculosis and was held in a special facility for tuberculosis inmates, called TB Zone #36. According to his family, During his detention, he was subjected to poor prison conditions and psychotropic drugs. Adding to his hardships are the deaths of his wife and five-year old daughter who were killed in a car accident in 2010. The U.S. State Department as well as many human rights organizations including, Human Rights Watch, Reporters Without Borders, and the Committee to Protect Journalists called for Saidov’s release.

Freedom Now filed a petition in March 2012 on behalf of Saidov with the UN Working Group of Arbitrary Detention. The Working Group determined in November 2012 that Saidov’s detention was a violation of international law.

In May 2011, four members of the German Bundestag sent a letter to Chancellor Angela Merkel raising the issue of Saidov and other Uzbek political prisoners. A subsequent letter was sent by 12 U.S. Senators in June 2013.