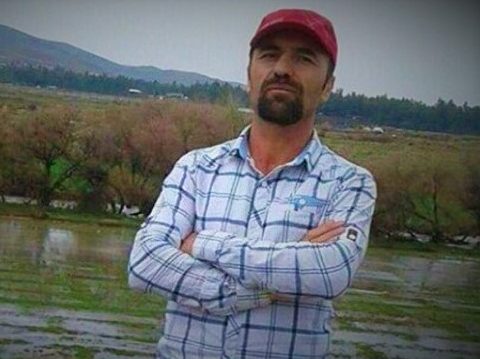 Behnam Ebrahimzadeh is a labor rights and child rights’ activist who was sentenced to seven years in prison in Iran for communicating with the UN Special Rapporteur on Iran.

As a member of the Committee to Pursue the Establishment of Workers’ Organizations in Iran (CPELU), Ebrahimzadeh worked to defend the right to form trade unions independent of state-controlled unions. In May 2015, CPELU issued a public statement outlining grievances and enumerating 17 demands to the government, including lifting the minimum wage, lifting restrictions on forming independent workers’ organizations, and allowing unconditional freedom of assembly. Ebrahimzadeh also worked with the Association to Defend Child Laborers, which helped child laborers to obtain an education despite their forced labor.

Ebrahimzadeh has been detained on several occasions. He was first arrested in 2008 on charges of graffiti and propaganda. He was subsequently arrested on May Day 2009 along with a group of civil rights activists. After a month, he was released on bail.

Ebrahimzadeh’s most recent arrest came in June 2010 when he was accused of participating in a demonstration, which he denied. After a trial without his lawyer present, Ebrahimzadeh was sentenced to 20 years imprisonment, which was reduced to 5 years on appeal. During his initial sentence, Ebrahimzadeh was repeatedly harassed and often moved between wards at Evin. His family and legal representative were also targeted by authorities.

In December 2014, towards the end of his sentence and while still in jail, Ebrahimzadeh was charged with new offenses, including communicating with the UN Special Rapporteur on Iran. A new trial was held, which his lawyer was prevented from attending. Ebrahimzadeh was found guilty of “gathering and colluding to commit crimes against the internal and external security of the country” and sentenced to 9 years and 4 months. On appeal, this was reduced to 7 years and 10 months and 15 days along with a fine.

Ebrahimzadeh was subsequently transferred to Rajaie Shahr Prison in Karaj –Ward 2, which is a non-political ward and has a notorious reputation. He was subject to indiscriminate beatings by both prisoners and guards, denied medical treatment, and physically threatened by security agents. He spent his entire prison term there, suffering from the abuse of torture as well as significant untreated health problems.

He is married and has a 17-year-old son. During his imprisonment, his son was diagnosed with leukemia and passed away in 2019.

Ebrahimzadeh was released from prison on May 1, 2017. He was arrested again in December 2018 and sentenced to five years in prison for “propaganda against the system.” He fled Iran before the beginning of the sentence and settled in a third country to avoid further persecution.

Freedom Now brought international attention to Ebrahimzadeh’s case by addressing the UN Human Rights Council as well as preparing a report for the Council prior to Iran’s universal periodic review.