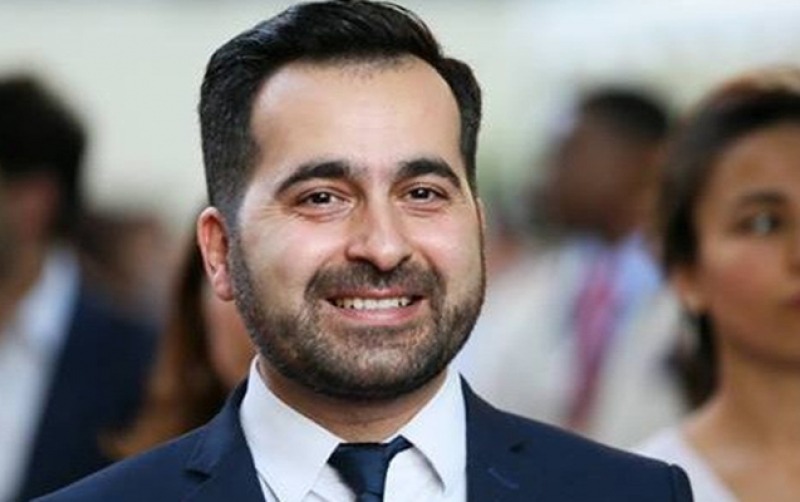 Bakhtiyar Hajiyev is a democracy activist in Azerbaijan, a former parliamentary candidate in the November 2010 election, and a graduate from the John F. Kennedy School of Government at Harvard University. On May 18, 2011, an Azerbaijani court convicted Hajiyev of military evasion and sentenced him to two years in prison. The Supreme Court of Azerbaijan ordered that Hajiyev be released early on June 4, 2012, after serving 15 months in prison.

The Azerbaijani Constitution requires universal male conscription into the armed forces with deferments made available for men enrolled in higher education programs. The Constitution also references the right to alternative service; however, the Azerbaijani parliament has failed to pass alternative service legislation. International courts and bodies, such as the European Court of Human Rights, the Council of Europe, and the United Nations Working Group on Arbitrary Detention, have called on countries with compulsory service, like Azerbaijan, to provide alternative service for those that conscientiously object to military service.

Between 2006 and 2009, Hajiyev was granted military service deferments so he could pursue higher education and again in October 2010 when he registered as a parliamentary candidate. In August 2010, Hajiyev applied for a military deferment in order to enroll in a PhD program at a university in the Republic of Georgia.

On November 19, 2010, police detained Hajiyev at the Azerbaijan-Georgia border and brought him to a police station in the city of Ganja where he was questioned by police and asked to sign a draft card. Hajiyev refused to sign the draft card because he was still entitled to immunity from conscription as a parliamentary candidate. He was released but prohibited from leaving the country.

Police again detained Hajiyev on January 24, 2011. While in detention, Hajiyev told authorities that performing military service was against his convictions and that he was willing to perform alternative civilian service. The same day, he was charged with evading military service and ordered to remain in the city of Ganja and register with police daily while his trial was pending.

On March 4, 2011, Hajiyev registered with the police as he was required. On his way home from the police station, he was arrested for failing to register. Human rights observers believe the reason for Hajiyev’s arrest was his involvement in organizing “Great People’s Day,” a demonstration planned for March 11, 2011. Hajiyev was one of the organizers for the event, which called on people to peacefully demonstrate against the Azerbaijani government. He was arrested soon after posting a Facebook appeal to police calling on them not to interfere in the proposed March 11 protests.

On May 18, 2011, a district court in Ganja sentenced Hajiyev to two years in prison for draft evasion.

During his detention, Hajiyev made several attempts to appeal his sentence and be released on parole. On July 5, 2011, Hajiyev lost his appeal before the Ganja City Appeals Court. On December 6, 2011, the Supreme Court also rejected his appeal. Hajiyev did not appear at the proceeding. The presiding judge said that Hajiyev did not want to participate in the trial; however, Hajiyev’s lawyer indicated that his client wished to participate in the trial and had sent a telegram to the court the day before with his request. Hajiyev was denied parole on three occasions: December 30, 2011; February 27, 2012; and March 29, 2012.

On June 4, 2012, the Supreme Court of Azerbaijan ordered Hajiyev to be released nine months before the completion of his sentence. The court released Hajiyev early for good behavior; however, the release is conditional and he may not leave the country for nine months. His release comes two days before U.S. Secretary of State Hillary Clinton is scheduled to meet with Azerbaijani President Ilham Aliyev in Baku and three weeks after a bi-partisan group of five U.S. Senators urged President Aliyev to facilitate Hajiyev’s release. Freedom Now brought international attention to Hajiyev’s case by publishing an op-ed with CNN.

In a statement following his release, Hajiyev pledged to continue his work advocating for democratic reform in Azerbaijan.