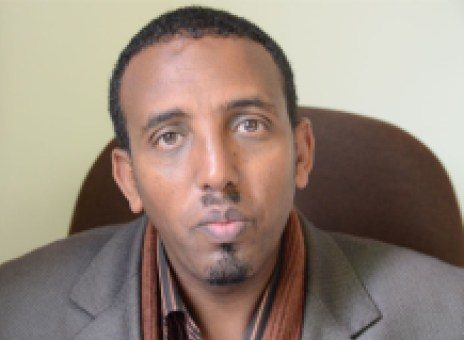 Aragie began his political career in 2000 as one of the founders of the Ethiopian Democratic Party. In 2005, he ran for parliament as a member of the opposition coalition to represent his district in the South Dondar Zone. As part of the government crackdown following the 2005 elections, Aragie was imprisoned for more than two years at Kaliti Prison along with more than 200 opposition party members. He was released in 2007 under a general amnesty. After his release, Aragie founded the UDJ and again ran for parliament again in 2010.

On September 9, 2011, the UDJ hosted a news conference where Aragie criticized Ethiopia’s overly-broad 2009 Anti-Terrorism Proclamation and admonished the Ethiopian government for its practice of imprisoning political opposition members under fabricated terrorism-related charges.

Aragie was arrested on September 14, 2011 and over the next several weeks, the Federal Police detained several more opposition party members, including Andualem Ayalew Gellaw, Nathnael Mekonnen Gebrekidan, Kinfemichael Debebe Bereded, Mitiku Damte Weraku, Yeshiwas Yehunalem, and Yohannes Terefe Kebede. Eskinder Nega, a prominent journalist, and another Freedom Now client was also arrested in this crackdown. Ultimately, 24 individuals were charged as co-defendants, but only eight were arrested, the rest were tried in absentia.

Authorities repeatedly and publicly accused the co-defendants of terrorism in the days and weeks following their arrests, although they were not formally charged. The Ethiopian government’s spokesperson, Shimless Kemal, claimed that the men “were involved in staging a series of terrorist acts that would likely wreak havoc.”In October, while addressing Ethiopia’s Parliament, Prime Minister Meles accused journalists and opposition politicians in the country of working as “messengers” for “terrorist” groups and claimed the government had evidence linking Aragie and his colleagues to terrorist acts.

On November 10, 2011, the men were charged with terrorism, treason, and espionage-related charges. This was the first time since their arrests that the co-defendants had access to an attorney. After several delays, the trial proceedings officially began on March 24, 2012.

The trial included serious irregularities. The primary evidence presented against the co-defendants was scratchy, nearly inaudible recordings of telephone conversations. The key evidence against Aragie was recordings of speeches he made at public meetings calling for peaceful political reform. Additionally, the government played a selectively edited video of comments made by the co-defendants.

On June 27, 2012, the court found Aragie and his co-defendants guilty and on July 13, 2012, the court delivered prison sentences for each of the seven men ranging from 16 years to life. The Ethiopian Federal Supreme Court upheld the convictions on May 2, 2013.

Freedom Now filed a petition with the UN Working Group on Arbitrary Detention on behalf of Aragie in July 2016. The Working Group issued an opinion in September 2017 finding Ethiopia in violation of international law and called for the immediate release of Aragie. The Working Group also criticized Ethiopia’s continued misuse of its anti-terrorism laws.