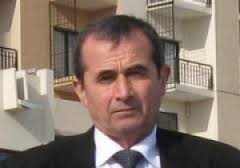 Turgunov founded and served as Chairman of Mazlum (“The Oppressed”), a human-rights organization in Tashkent that advocates on behalf of prisoners of conscience and protests against the use of torture. He also served as Director of the Tashkent section of Erk (“Freedom”), a political opposition party.

Turgunov was previously the victim of a politically motivated arrest. After attempting to organize a neighborhood committee to explore private-sector alternatives to government services, he was arrested and convicted in 1998 on charges of abuse of office and official negligence. Human Rights Watch characterized this prosecution as politically motivated. In 2000, Turgunov was granted amnesty and release, though he and his family continued to be subject to intimidation and harassment.

Prior to his most recent detention, Turgunov worked as an activist and public advocate in the autonomous region of Karakalpakstan. During this time, he worked closely with Human Rights Watch, which observed and documented a negative government reaction to his efforts. His grant-funded work as a lay public defender in the region focused on investigating corruption by local officials, including a case involving police in the town of Manget.

Turgunov was arrested on extortion charges in Manget on July 11, 2008, by the very police department, he was investigating for corruption. The charges appear fabricated to conceal a political motive for imprisonment. In recent years, Human Rights Watch and local Uzbek organizations have noted a trend in arrests of human rights and opposition activists on charges such as bribery, extortion, and tax evasion.

Following his arrest in 2008, Uzbek officials searched Turgunov’s home in Tashkent, where they seized political materials. They then held Turgunov incommunicado for 18 days, during which time an officer reportedly poured boiling water down his back, causing him to lose consciousness and suffer severe burns. Though Turgunov revealed his burn marks in open court, the judge accepted as fact statements made by police they had not tortured him. During the trial, the judge denied Turgunov and his attorney an opportunity to examine the evidence against him or to cross-examine the government’s witness against him.

Despite these procedural deficiencies, on October 10, 2008, the court sentenced Turgunov to 10 years in prison. The Board of Appeals of the Karakalpakstan Supreme Court affirmed his sentence on December 11, 2008, after a 15-minute hearing.

Many organizations and governments have called for Turgunov’s immediate and unconditional release including the United States, European Union, International Federal for Human Rights, Frontline Defenders, and Human Rights Watch.

Freedom Now filed a petition with the UN Working Group on Arbitrary Detention in March 2010. The Working Group determined in November 2011 that Turgunov’s detention was a violation of international law.

In May 2011, four members of the German Bundestag sent a letter to Chancellor Angela Merkel raising the issue of Turgunov and other Uzbek political prisoners. A subsequent letter was sent by 12 U.S. Senators in June 2013.