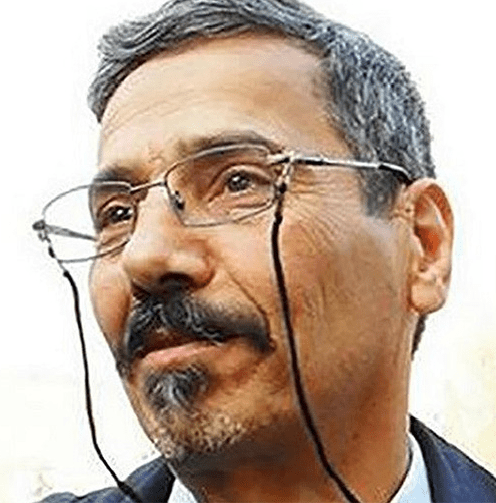 Abdolfattah Soltani is an Iranian human rights lawyer and a founding member of the Centre for Human Rights Defenders (CHRD). The CHRD, which was founded in 2002 by leading human rights advocates in Iran, including Nobel Peace Prize Laureate Shirin Ebadi, was forcibly closed by authorities in 2008; however, Soltani and his colleagues continued their important work under the center’s name–reporting on human rights violations in the country and providing pro bono legal assistance to political prisoners and support to their families. His clients included the family of Zahra Kazemi, the Iranian-Canadian photojournalist who died shortly after her arrest in 2003.

On September 10, 2011, security forces arrested Soltani after entering his law offices without a warrant and seizing his computers and case files. At the time of his arrest, Soltani was preparing to represent members of the Bahá’í religious minority group who had been arrested for their work at the Bahá’í Institute for Higher Education.

Charged with spreading propaganda against the regime, “assembly and collusion against national security”, and accepting an “unlawful” award,” the government initially sentenced Soltani in March 2012 to 18 years in prison and a 20-year prohibition on practicing law. In June 2012, an appellate court reduced his prison term to 13 years and overturned the ban on practicing law.

In October 2012, the International Bar Association awarded Soltani its Human Rights Award in recognition of his “outstanding contribution as a legal practitioner to human rights,” noting that he, “has worked courageously and determinedly throughout his career to provide pro bono legal counsel to those in need and, as a result of his human rights defense work, has endured persistent persecution from the Iranian government and has been imprisoned on several occasions.”

Soltani was held at Iran’s notorious Evin Prison where he faced ill-treatment and had limited contact with his family. He was briefly released in August 2018 to attend the funeral of his daughter Homa, who died at age 27 of heart failure.

Soltani was released from prison on November 21, 2018. A court granted him conditional release as he had served more than half of his sentence.