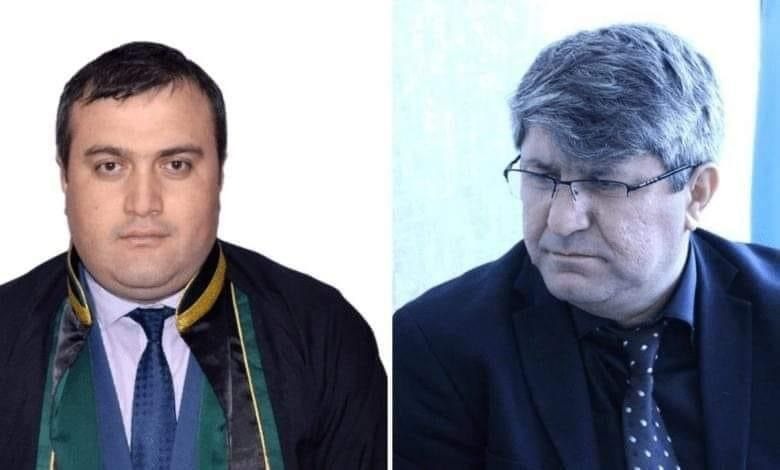 Freedom Now strongly condemns the detention of lawyer Elchin Sadigov and journalist Avaz Zeynalli. On September 11, 2022 an Azerbaijani court ordered the detention of the two men for four months pending an investigation into allegations of bribery. We urge the Government of Azerbaijan to immediately release Sadigov and Zeynalli from detention and to drop all charges against them.

According to local reports, Sadigov’s law office was searched on September 10, 2022 by officials from the Prosecutor General’s Office. The officials seized confidential documents during the search, which should be protected by lawyer-client privilege. Sadigov and Zeynalli were subsequently detained and brought before a judge who ordered the pre-trial detention in the early morning hours of September 11 during a closed session. In violation of domestic law, the two men are being held at the State Security Service’s pre-trial detention center rather than the Penitentiary Service’s detention center. Additionally, Sadigov was denied access to his lawyer until September 14.

The detention of Sadigov and Zeynalli appears to be related to reports in pro-government media that Sadigov facilitated a payment on behalf of an imprisoned client, a prominent Azerbaijani businessman, to Zeynalli in order to end the publication of negative stories regarding the client. Both men deny all allegations against them. If convicted, they face up to 12 years in prison.

Sadigov is a well-known human rights lawyer and one of the few lawyers in the country willing to take on politically sensitive cases. He has previously been targeted by the government for his representation of such cases. In 2019, he faced sanctions by the Azerbaijani Bar Association after he informed his client in a private conversation of his right to complain about torture and mistreatment while in detention. Although the Azerbaijani Bar Association claims it is an independent institution separate from the government, international observers have noted its institutional weaknesses and alleged close relationship with the government, particularly the Ministry of Justice.

Zeynalli is the editor-in-chief and founder of Xural TV, a leading independent news outlet. He was previously arrested in 2011 and sentenced to nine years in prison on charges of extorting and accepting a bribe from a former parliament deputy, who was later sentenced to prison and expelled from the ruling party for being involved in a corruption scandal. Zeynalli, who was represented in court by Sadigov at the time, pleaded not guilty to the charges and was released in 2014. At the time, his imprisonment was criticized by international human rights groups.

The Azerbaijani government has a history of conducting attacks on the independence of the legal profession. Since 2016, at least 15 independent lawyers that were known to take controversial cases or dissident clients have faced disbarment, disciplinary procedures, or other forms of judicial harassment designed to impair their practice. Since 2018, amendments to the Codes of Civil and Administrative Procedures and the Law on Lawyers and Lawyer Activities have prohibited lawyers from representing clients in court unless they are members of the Azerbaijani Bar Association. According to some estimates, lawyers who were not members of the bar association handled up to 90% of civil and administrative cases when the amendments were enacted. Lawyers known for representing political prisoners or publicly speaking out about human rights abuses are routinely disbarred or refused membership. What is more, Azerbaijan suffers from a paucity of qualified lawyers. As of June 2021, Azerbaijan has only 20 lawyers per 100,000 inhabitants (as compared to an average of 162 lawyers per 100,000 inhabitants in Council of Europe member States).

Despite constitutional protection for freedom of expression, the media climate in Azerbaijan is extremely restrictive and forces independent journalists and bloggers to self-censor or otherwise face reprisal from the government. Pro-government ruling elites exercise near-total control of traditional media outlets such as television, radio, and newspapers. In February 2022, Azerbaijan adopted a new Law on Media, introducing serious new threats of overregulation of the media and journalists. The new law requires media outlets reporting primarily on Azerbaijan to be owned by Azerbaijani citizens permanently residing in the country (a provision clearly targeting the many independent Azerbaijani journalists living in exile) and banning journalists with a criminal record, including the dozens journalists who have been imprisoned for political reasons over the years. The Council of Europe’s Venice Commission criticized the new law for failing to uphold international standards of freedom of expression, noting that the law has “a problematic focus on restricting the activities of the media.”