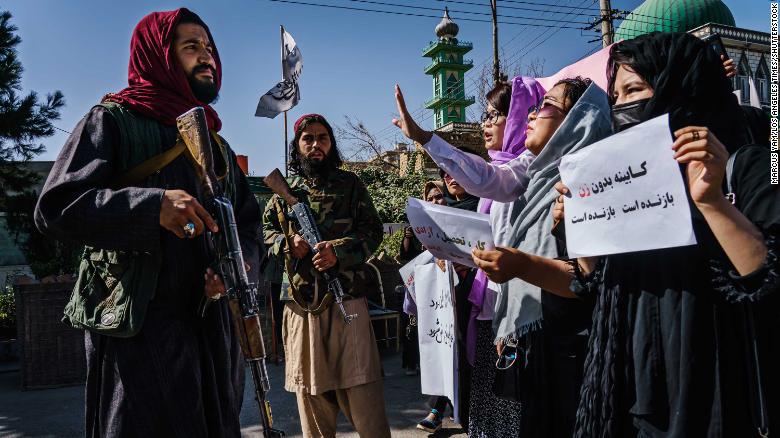 We, the undersigned international human rights and women’s rights organizations, strongly condemn the continued mistreatment, harassment, and human rights abuses perpetrated by the Taliban against female activists in Afghanistan.

On the evening of January 19, the de facto Taliban authorities conducted raids on the homes of female activists. The raids came only three days after the Taliban used pepper spray to disperse a peaceful protest of 20 women.  Three activists – Tamana Zaryab Paryani, Zarmena Zaryab Paryani, and Parwana Ibrahimkhel – were arrested during these raids. Moments before she was arrested, Tamana Zaryab Paryani posted a shocking video on social media in which she pleaded for help. All three had been active in recent protests for their basic right to education, employment, and freedom. As of January 21, their whereabouts remain unknown, and the authorities have denied they have been arrested. Furthermore, the Taliban have arrested Mursal Ayar and Zahra Mohammadi last week and their fates remain unknown.

The environment for female activists in recent months has greatly deteriorated. The tragic murder of activist Frozan Safi in November 2021 is just one example of the increasingly dangerous conditions civil society members now face. The Taliban, emboldened by their victory, have cracked down on dissenting voices by resorting to detention, torture, and disappearances.

These actions are not only disturbing, but they also run contrary to Afghanistan’s international human rights obligations. Despite the Taliban’s seize of power, the country still remains a party to numerous international human rights treaties, including the International Covenant on Civil and Political Rights, the Convention Against Torture, and the Convention on the Elimination of All Forms of Discrimination Against Women. These daily atrocities highlight the Taliban’s inability to represent the country on the global stage.

Given these circumstances, we are deeply concerned about the safety of Tamana Zaryab Paryani, Zarmena Zaryab Paryani, Parwana Ibrahimkhel and other frontline defenders. We urge the international community, governments, and the UN to call for their safe, immediate, and unconditional release and to demand the Taliban end its crackdown on civil society.